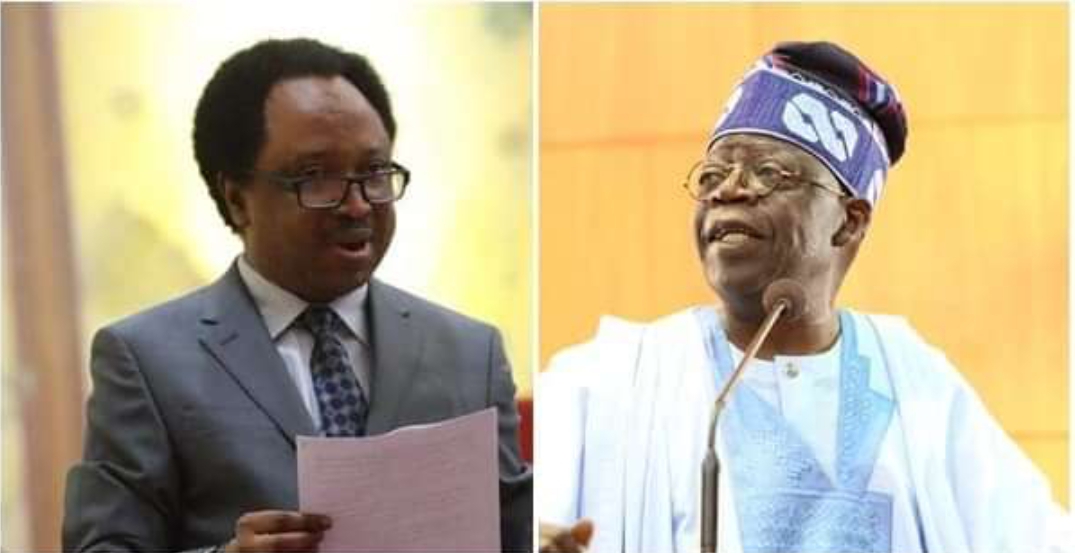 A former Kaduna Central Senator, Shehu Sani has declared that the National leader of the All Progressives Congress (APC) Bola Tinubu, was no longer neutral in the crisis rocking the party.

Shehu Sani made the comments while reacting to remarks made by Tinubu who on Sunday broke his silence on the crisis rocking the APC after he (Tinubu) warned against ongoing plots to undermine and remove Oshiomhole as National Chairman.

The former lawmaker while reacting to Tinubu’s comments wrote thus on his Twitter page late on Sunday; “ASIWAJU has jumped off the fence, ended his silence and neutrality and fired a barrage of cruise missiles from the Atlantic into Berlin.”

Tinubu in a statement accused some individuals with desperation for power of orchestrating the suspension of Adams Oshiomhole.

He said: “While coronavirus has been presently contained in Nigeria, we must be alert to another sickness that seems rampant within a certain segment of society. That sickness is old Ambition-virus 2023. This illness afflicts many in the political class along with their allies in the media.

“Those touched by this malady find that their ability to tell time and discern the difference between the present and the future has been strongly impaired. The carriers of this sickness are confused as to the very season our nation now finds itself.

“They conflate things, which no sensible person would conflate. The primary symptom of their malady is the driving tendency to believe the events of 2023 will be decided before we even exit the year 2020.”

Oshiomhole fights back, as Court begins hearing of appeal challenging his suspension