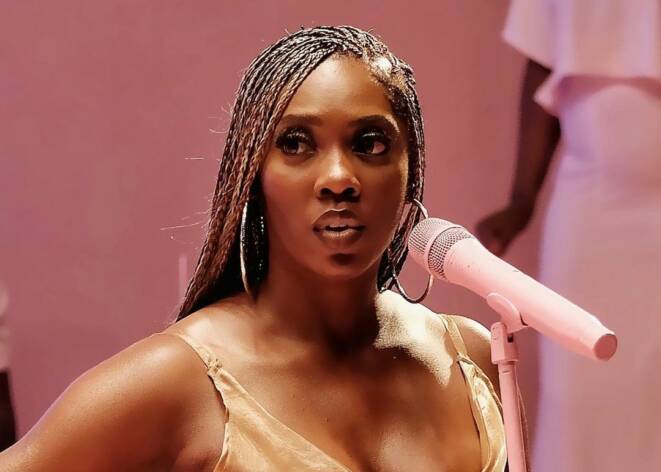 Tiwa Savage, the award-winning Nigerian singer, has hit back at those criticising her over her recent sex tape revelation.

The ‘Koroba’ crooner had earlier alleged that some people who are in possession of a video of her intimate moment with her new lover, are attempting to extort money from her.

She, however, vowed that she would not succumb to threats of blackmail for doing “something natural.”

Her sex tape revelation has continued to stir diverse reactions on social media platforms, with many users expressing their different views on the matter.

Some Nigerians had criticised her while wondering why she would allow such a “sensitive” video clip to find its way online.

In a post via her Instagram stories on Monday evening, the ‘Celia’ singer slammed her critics who she said thought the sex tape would destroy her and make her feel ashamed.

The musician also said that she remains unperturbed by people’s opinions, adding that she has no regret over her decision to open up about the sex tape. 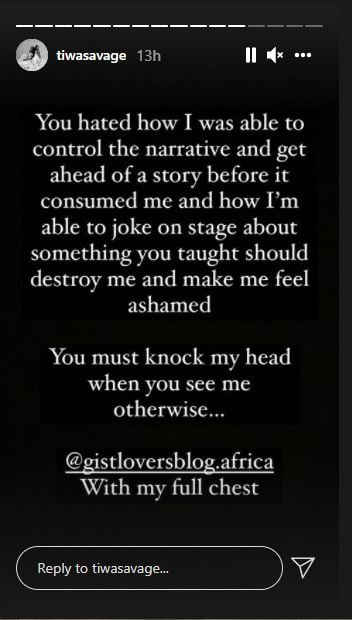 “You hated how I was able to control the narrative and get ahead of a story before it consumed me and how I’m able to joke on stage about something you taught should destroy me and make me feel ashamed. You must knock my head when you see me otherwise…” she wrote.