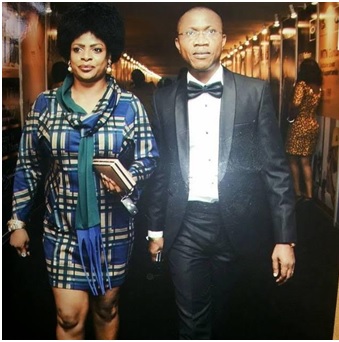 After four days the wife of the Deputy Managing Director of Daily Sun Newspapers, Mr Steve Nwosu was abducted, she has been released by the abductors and back to her Okonta residence in Lagos.

Toyin was abducted on Monday night after the kidnappers had scaling the fence and got access into their residence, robbed the household under gun point before fleeing with Toyin to an unknown destination.

National Daily learnt that she was dropped off by the kidnappers near the Zenith Bank by Festac Bridge and took off with their boat.

An attempt to get the reaction of the Lagos State Police spokesperson, Joe Offor on whether any arrest have been made or paid the N100million the kidnappers demanded was futile as he didn’t pick his calls.

It was also not immediately known if any ransom was paid before her release Thursday morning.

She has since reunited with the family as a source revealed that she was to go for medical examination immediately.

A seven-man gang had about 1am on Monday stormed their Bale Street in Ogundiaro Bashorun Sunmonu Akanwo Estate, Okota and whisked her away in a commando-like operation that was said to have last less than an hour.