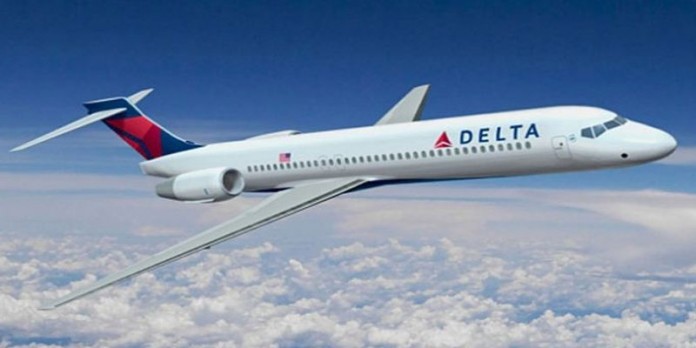 The U.S government has banned passengers traveling to the United States from 10 airports in eight Muslim-majority countries from carrying laptops, tablets and other portable electronic devices on board.
The rules take effect Tuesday.
Senior U.S. administration officials said the rules were prompted by “evaluated intelligence” that terrorists continue to target commercial aviation by “smuggling explosives in portable electronic devices.”
“Based on this information, Secretary of Homeland Security John Kelly and Transportation Security Administration acting administrator Huban Gowadia have determined it is necessary to enhance security procedures for passengers at certain last-point-of-departure airports to the United States,” officials said late Monday.
Air travellers will still travel with these items, but they must be packed in their checked baggage on U.S.-bound flights from the marked airports, including busy ones in Istanbul, Dubai and Doha, Qatar.
The ban was said to be indefinite initially. But a spokesman for the Department of Homeland Security, David Lapan, said the directive runs until Oct. 14 and could be extended for another year if the threat remains.
One example the US autorities cited involved a bomb that exploded on board a Somali plane going from Mogadishu to Djibouti.
And sources also said the government has long been concerned about the aspirations of a Syria-based terrorist group to build explosive devices hidden inside electronics in a way that would be hard to detect.
Countries affected include Egypt, Jordan, Kuwait, Morocco, Qatar, Turkey, Saudi Arabia and the United Arab Emirates. Officials said the airports were selected based on the “current threat picture.”
The 10 airports include  Queen Alia International Airport (AMM) in Jordan, Cairo International Airport (CAI) in Egypt, Ataturk International Airport (IST) in Turkey, King Abdulaziz International Airport (JED) and King Khalid International Airport (RUH) in Saudi Arabia, Kuwait International Airport (KWI) in Kuwait, Mohammed V International Airport (CMN) in Morocco, Hamad International Airport (DOH) in Qatar and Dubai International Airport (DXB) and Abu Dhabi International Airport (AUH) in the United Arab Emirates.
Word of the ban was first made public Monday afternoon — not by administration officials, but in a tweet sent out by Royal Jordanian Airlines. Initially, U.S. officials declined to comment on the report, saying only that they would provide an update “when appropriate.”
In the tweet, which was later deleted, airline officials advised passengers of the new requirements that would affect travelers on its flights to New York, Chicago, and Detroit and Montreal.
“Following instructions from certain concerned US departments, we kindly inform our dearest passengers departing to and arriving from the United States that carrying any electronic or electrical device on board the flight cabins is strictly prohibited,” the tweet read.
It noted that cellphones and medical devices are excluded from the ban.
Emirates Airlines issued a similar statement Tuesday, saying “electronic devices larger than a cell phone/smart phone, excluding medical devices,
Turkey’s transport minister, Ahmet Arslan, criticized the ban Tuesday. He told reporters in Ankara that it was not “beneficial” for passengers and that Turkey already has stringent security measures in place, according to Turkey’s semi-official Anadolu news agency.
Turkish officials had spoken about the regulations with their American counterparts and both were discussing whether the Trump administration should “step back.”