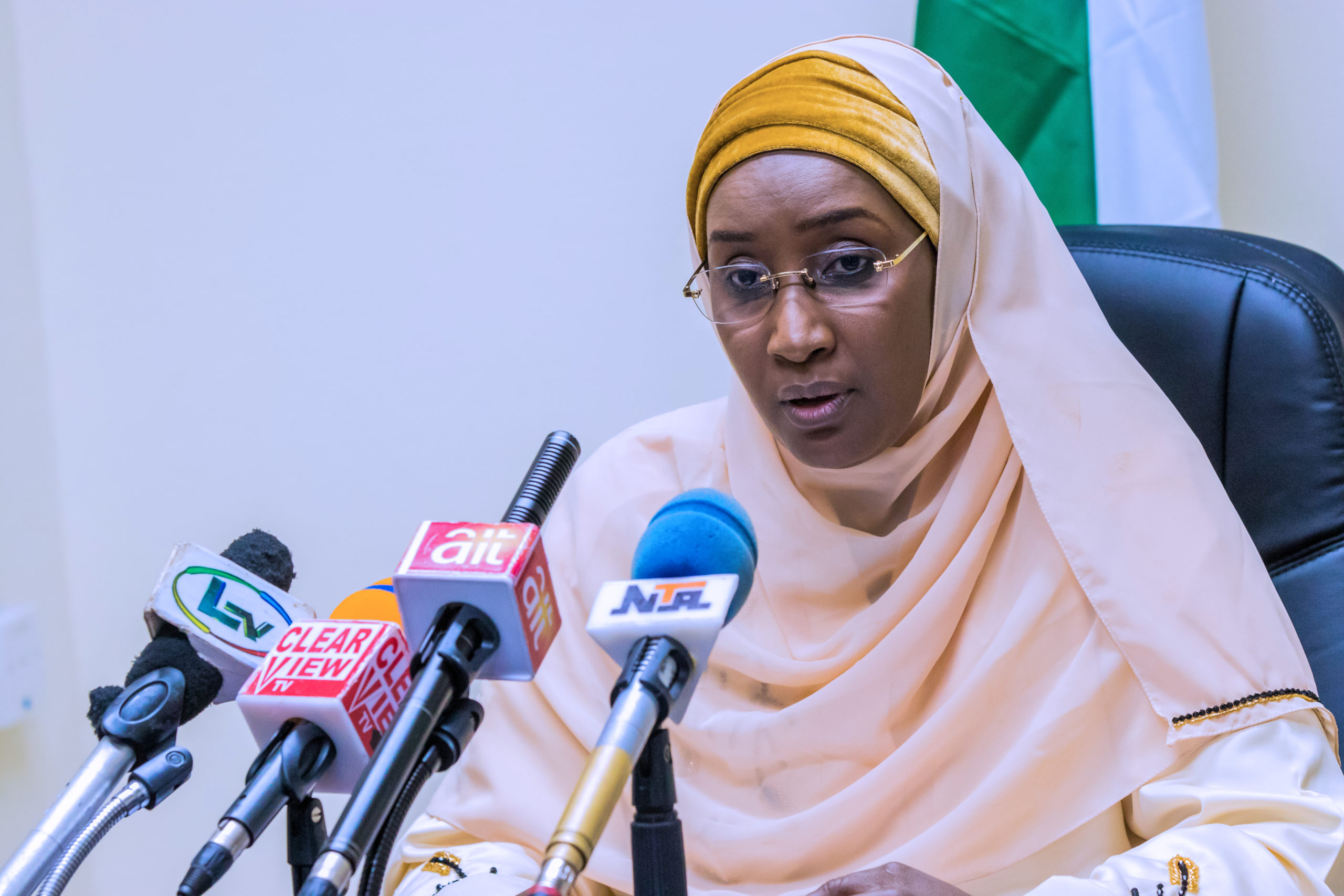 Minister of Humanitarian Affairs, Disaster Management and Social Development, Sadiya Umar-Farouq, on Thursday, told the Senate committee investigating the discovery of a N206 billion inserted in the ministry’s budget that the money was meant for the purchase of military equipment.

The Minister’s new position is different from her stance last week during the defence of her ministry’s budget before the Senate where she disowned knowledge of the money, saying it was allegedly ‘inserted’ by the Ministry of Finance.

The lawmakers had then called for the Minister of Finance, Zainab Ahmed as well as Umar-Farouq to appear and clear the air on the controversial amount.

In her explanation, Ahmed had, on Wednesday, told the House of Representatives Committee on Appropriation which invited her, alongside Director General of the Budget Office, Ben Akabueze, and Umar Farouq, that the insertion of the amount was as a result of a wrong coding of projects.

Though the Minister of Finance failed to appear before the Senate Committee on Special Duties, chaired by Senator Yusuf Yusuf, the Humanitarian Minister who appeared with her Permanent Secretary, recanted her earlier statement and said the controversial money was actually for the purchase of equipment for the military.

“On the N206 billion, when we saw it, we didn’t understand what it was meant for because the explanation wasn’t clear. If you put N206 billion in the Humanitarian Affairs Ministry’s budget and the narration is about the purchase of military equipment, definitely something is wrong.

“That’s why I said I’m not going to say anything about it until we get clarification from the Ministry of Finance. If we had requested N206 billion for a different project and then in the appropriation bill, it is reading something else, we will not own it,” she explained.

When asked if her ministry had specifically requested for the N206 billion for another project, she reportedly replied: “It is not exactly that way, and that’s why we need that clarity from the Finance Ministry.”