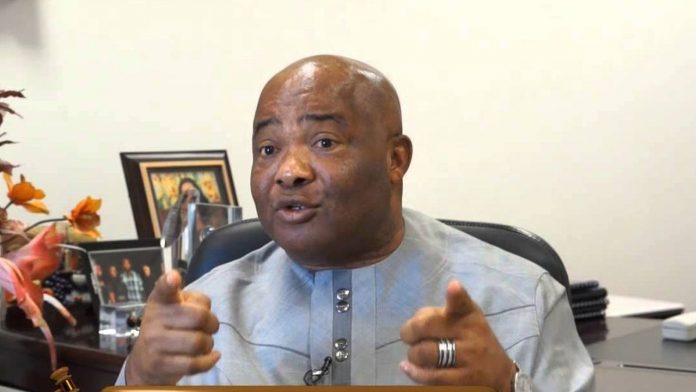 Governor Hope Uzodimma of Imo State has threatened bandits parading as unknown gunmen in the state. He issued 10 days ultimatum to the bandits to surrender, or security operatives will bombard the forests where the bandits are hiding after operations.

Governor Uzodimma, at the Government House Chapel in Owerri, on Sunday disclosed that the state government has resolved to eliminate bandits from Imo forests, adding that Imo State has procured the necessary equipment for the operation comb-the-forests.

Governor Uzodimma, therefore, ordered the unknown gunmen immediately vacate their hideouts in the forests and surrender their arms to traditional rulers in their communities and embrace unconditional pardon. He threatened that a failure to surrender, the security operatives will bombard the forests.

Uzodinma declared: “The state is more determined now than before to clear all bandits and to achieve this, the expected equipment and additional recruitment of more Ebube-Agu personnel, working in collaboration with the security agencies in the state, will be used to clear all the waterways and rid the state of bandits, including crude-oil thieves.

“All the waterways are under surveillance with the delivery of new Naval Equipment to the Naval Base in Oguta.”

Governor Uzodimma said the annual Nigerian Army Day Celebration will be hosted in Imo State from June 30 to July 6. He disclosed that no fewer than 10,000 personnel drawn from the army, navy, air force, police, and others would be participating in the celebration.