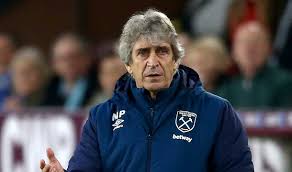 According to Sky in Italy, the Hammers and Roma are keen to sign the Argentine but Higuain is looking to stay at Juventus. West Ham need a new striker having let Marko Arnautovic, Andy Carroll and Lucas Perez leave the club this summer.

They are interested in Eintracht Frankfurt’s Sebastian Haller and West Brom’s Salomon Rondon but no deal is close as of yet. New boy Daniel James will make his first start for Man United today as they get their pre-season tour under way.

But Romelu Lukaku and Victor Lindelof were among those conspicuous by their absence against Perth Glory. Welsh flyer James has been named in Ole Gunnar Solskjaer’s side, but fellow summer signing Aaron Wan-Bissaka has had to settled for a place on the bench.

Wantaway midfielder Paul Pogba is also among the subs but there is no place for Lukaku and Lindelof who have both been linked with moves away this summer.