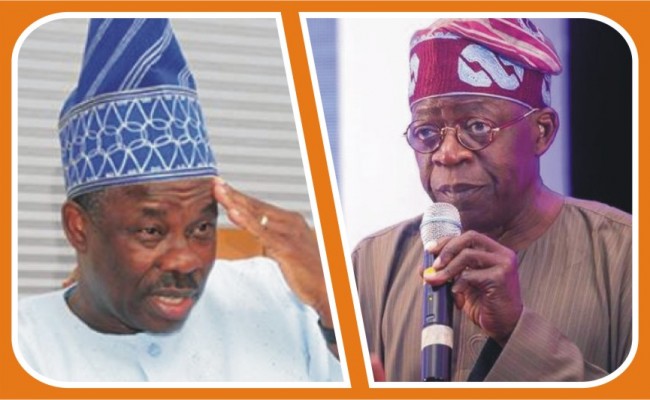 The state chapter of the ruling part has been in crisis since the governorship primary election.

The idea of succession is for the out-going Gov Amosun to still have a stranglehold of the state.

The failure of the bid, however, marked the point of division in the state.

The crisis escalated following the dissolution of the party after some loyalists to Amosun, now a senator, mobbed the campaign train of President Muhammadu Buhari and other party leader.

Although a caretaker committee is in place, the Amosun faction, led by Derin Adebiyi, who was state chairman before, ran the party secretariat until yesterday when the Osoba faction broke into the building and took over.

The Caretaker Committee, led by the Chairman, Yemi Sanusi, allegedly stormed the secretariat at Iyana Mortuary in Abeokuta, Friday morning., chased away the staff and carted away vital documents belonging to the party.

Sanusi told journalists after taking over the secretariat that the party members were there to assess the condition of the facility.

He said the take-over was in order as the party was expected to swing into action now that the election was over and a new government in place.

Adebiyi, however, described the move as an “ugly development”, saying that it was condemnable. He vowed to reclaim the secretariat through all the legal means possible..

“The Governor’s band of marauders arrived the secretariat in a war-like manner and were ready for a showdown. They were accompanied by a detachment of fierce-looking mobile police officers,’ he said at a press conference.

“They damaged all properties at the secretariat and illegally broke into offices and carted away vital documents. Some of the destroyed materials were dumped at the back of the kiosks beside the party secretariat. They drove out members of the staff of the secretariat and locked up the place.”

He vowed to take all legal means possible in taking back our secretariat.

“We are products of a congress on May 19, 2018, and those causing this problem also took that part in this congress. We have refused to join issues with them. We don’t want to engage in violence as they have done.”

The party executive dissolution itself is a case the faction is already challenging in court.