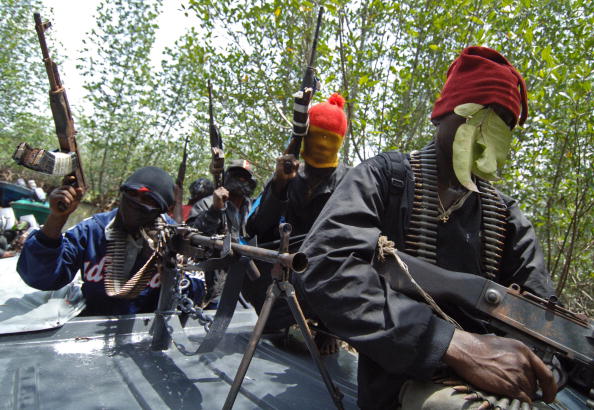 AN elder statesman and leader of the Northern Elders Council (NEC), Alhaji Tanko Yakassai, has expressed concerns over threats of succession from the southern part of the country, particularly, by the Niger Delta militants and the Biafra Movement in the South East.

Speaking to our Kano Correspondent at the week end, Yakassai condemned in strong terms, any intention by the Federal Government to abolish the amnesty programme initiated by late President Umaru Musa Yar’Adua for the Niger Delta youths. He was of the view that any such plan is misplaced, wrong and uncalled for.

The elder statesman said the Niger Delta youths, unlike any other Nigerian, have the democratic right to demonstrate and express their displeasure over any decision of the government that is not favourable to their people.

He frowned at the actions taken against the former leader of the Movement for the Emancipation of the Niger Delta (MEND), Government Tompolo, who he noted that the government has excluded from the amnesty programme and further freeze his bank account over his trial in court.

Yakassai cautioned that such actions or the use of force cannot solve the problems in the Niger Delta.

He stressed that those who are advising President Muhammadu Buhari not to dialogue with the Niger Delta militants are not doing him any good. “Using force to combat the restive youths in the Niger Delta would rather destabilize the peaceful coexistence in the country and place the country at high risk of disintegration,” he admonished.

The elder statesman emphasised that now that there seems to be open window for dialogue, government must fast tract the necessary processes regardless of the conditions being given. He expressed the optimism that government can successfully address the matters when dialogue is open.

On the Pro-Biafra agitators, Abubakar General, a renowned radio analyst, described their actions as treason. He explained that during the amalgamation of Nigeria in 1914, it was said to be reviewed after every century, noting that though, it is more than a century now. He argued that “for a section of the country to come out and protest for breaking away is indeed treason and government should not allow that.”

Abubakar General cautioned that what the group is perpetrating will not augur well for the people of this country who have been living peacefully irrespective of tribal and religious differences. “Those that are leading the fake cause are not doing it in the interest of their people but for their selfish interest. As a matter of fact Nigeria is one and anybody who is nursing any ambition or making any attempt to break it, must severely face the full rot of the law because our fore fathers did not spare their lives in their struggle to unite the country,” he argued; adding, “So, their unrelented efforts should not be in vein as result some people’s interest.”

Abubakar General lamented government’s efforts to bring an end to the menace of Boko Haram in some Islamic states in the country because the group is fighting guerilla warfare.

He decried that the Boko Haram insurgents, within the people, are detonating bombs and explosive, observing that it will be difficult for government to completely eradicate them. He said that notwithstanding, if government can give them amnesty as it was done to the people of Niger Delta with other incentives such as the creation of NDDC and Ministry for Niger Delta, there is no way such privilege will be abused.

Another area he pointed at where federal government has failed in its approach to eradicate Boko Haram is the disregard of the families of victims of Boko Haram. He noted that government is not paying proper attention to these kids at the IDP’s camps; lamenting that they lack almost all social amenities in all the camps, insufficient food, clothes, healthcare personnel and sound education. He cautioned that some of these children parents were captured or killed or are runaway members of the Boko Haram insurgents and can revolt if not groomed well.

Another area he seems to draw the attention of the federal government is the camps. He said government should rather look for a vast land and build petty houses in a form of township with schools and hospitals where large number of people can be accommodated and also provide them with security.

He stated that this will relieve them from the pains of losing their parents, improve their living standard and will reassure them of the seriousness of government to take care of them.