LAST week, a landmark case was heard in the ornate chamber of the Federal High Court, in Yenagoa, Bayelsa State involving a sexual deviant called Yinusa Dalhiru accused of grievous sexual misdemeanour involving a minor. Mr Dalhiru was charged with conspiracy to commit abduction; abduction of Ese Oruru by means of coercion, inducement by means of deception and transportation to Kano for illicit intercourse, procurement of Ese Oruru, subjection to sexual exploitation in Kano State and unlawful carnal knowledge of Ese Oruru without consent. All these charges are punishable in various sections of the Trafficking In Persons (Enforcement and Administration Act of 2015). The case is adjourned to March 14, 2016.

But beyond the speedy persecution of Dalhiru we have to re-narrate the unending subjective passion of North-South cultural and religious divide that has again reared its ugly head on the vexing sexual slavery of Ese Oruru, the girl child who was kidnapped, raped, manipulated and sentenced to pro-bondage ideology of forceful conversion to Islamic religion. While this nation was looking the other way, the spotless purity of a 13 year old girl was violated; her freedom denied, her future damaged beyond repair, her vulnerable body ravished and her life punctured by a sexual predator called Yinusa Dalhiru. This man’s untamed sexual libido has diminishes this nation. It has shame us all.

These cultural and religious genocide that encourage the kidnapping of a minor into sexual enslavement is emotive enough to generate polarities, disconnection and distance between the North and the South. The old dialectical capacity to cohere as one nation is being severely tested by the breathless outrage of Ese Oruru case and her subjection to sexual savagery. This nation common sense of decency is under attack by a farcical incident that should not have happened. The supposed cultural glue that is meant to hold us together as a nation is being drawn thin by a senseless sexual monster who preyed on an innocent, underage kid.

The unfolding sad saga reads like a page from a medieval era. Seven months ago, the 14-year old Ese Oruru was like any other kid in the dusty, rusty Yenagoa in Bayelsa State. Then something grossly disturbing happened that immediately altered the contour of her ordered life. One romantic rogue, Yinusa Dalhiru, alias Yellow abducted Ese and like a whirlwind whisked her to Kano. There, in the brutal confines of sadistic, cultural and Islamic mores, Ese’s vaginal innocence was violated. In Nigeria, a girl like Ese has no status and thus she was unseen, unheard, ignored, trampled upon and even her identity was ignored. Her parents were unable to wield socially recognised badges, and because of that deficiency, they treated the abduction of their girl with raw indifference.

This same indifference happened to the parents of Patience Paul, a 15-year old Benue girl who was abducted by two known neighbours and ‘sold’ off to one pervert, a Sarkin Musulumi, in Sokoto State. There was also the case of a13-year old Charity Uzoechina who also captured, raped, Islamised and married off to another sexual predator in Minna, Niger State.
The panic and fury generated by these ugly incidents are quite instructive and enough to suggest that Nigeria is still a land of sexual barbarism, child exploitation, Islamic illegalities and meaningless blind chance. Thrown into all theses is the nexus of power, emirate rationalisation and counter accusations that have opened up a cancerous environment of suspicion, cover up, tribal animosity and the old wound of binary North and South divide on the fault line of our cultural and religious differences.

Here, we are witnessing the ugliest demonstration of religious prejudice that allows innocent girls to be kidnapped, forcefully married and Islamised all entiterely outside the blessing and agreement of their parents. The natural reflex for freedom and escape was denied to Ese Oruru, Patience Paul and Charity Uzoechina because of the many tyrannies of Sharia and the brutal enforcement of its codes and practices in Northern Nigeria. Even the loud intervention of the Emir of Kano in the whole sexual shenanigan was at best, according to our sources, an impotent gesture of opportunism and emirate arrogance and power play.

However, we have to raise our high five to the undying energies of social media campaigners who saw a cause worth fighting for and declared a war against it. President Mohammadu Buhari, the Minster of Women Affairs, Aisha Alhassan, civil society, gender equality groups and child rights activists are faced with the fierce urgency of now. There is a need to clean up the profound untidiness of one of Nigeria’s basest shame. There must be a way to end the recurrent woes of kidnapping innocent girls from our streets, our schools and our homes.

In all honesty, decent Nigerians are distraught with rage, anger, disappointment and tribal malice against the madness of some young perverts from the North who comb the Southern savannah, armed with untamed wild cravings for illegal sexual indulgence with minors, and using Islamic tenets as sound basis for such evil act. The president must put his heart into this case and ensure that Ese Oruru’s defiler faces the rigour of our law while the Child Rights Act of 2003, as set out in the 1999 Constitution of the Federal Republic of Nigeria, is strengthens to prevent a repeat of another murky saga of child sexual violation. 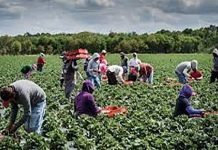 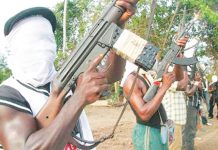 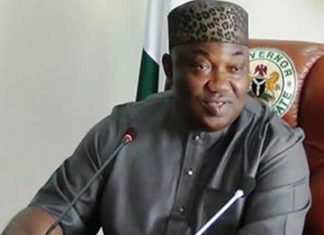