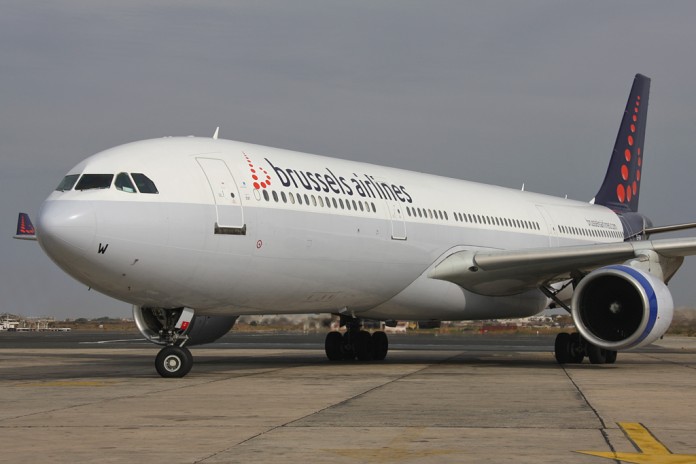 Belgian police were hunting on Thursday for a “third man” filmed with two Islamic State suicide bombers at Brussels Zaventem Airport as evidence accumulated that the same jihadist network was involved in the deadly Paris attacks last November.

The airport, which serves over 23 million passengers a year, remains closed until further notice, forcing airlines to reroute over the busy Easter weekend.

“There is much damage and we do not have access to the building as the investigation is still under way,” the airport said on its Twitter account.

Brussels Airlines said it will not be able to operate a full schedule, given the smaller size of Liege and Antwerp.

The carrier will operate 15 short-haul aircraft and two long-haul planes on Thursday, out of its fleet of 50, a spokeswoman said.

It will fly mainly to popular holiday destinations in Spain, France and Italy over the Easter period, she said. Brussels Airlines, which also serves many African destinations, sent five empty planes to Africa to bring back passengers and is rerouting two planes from Africa to Zurich.

Ryanair is making the most of Charleroi, around 48 km (30 miles) from the Belgian capital and the site of the low-cost Irish carrier’s first base in continental Europe. It is rerouting all of its Brussels Zaventem flights through Charleroi until the end of Tuesday.

Smaller carriers including Vueling and Jetairfly are flying into Liege, Charleroi and Ostend, but capacity at Belgium’s smaller airports is limited.

Lufthansa has cancelled all of its flights to Brussels until Tuesday and is putting passengers on buses for the 400 km journey to and from its hub in Frankfurt.

easyJet is flying Brussels passengers to Lille in Northern France, while British Airways cancelled its Brussels flights for Thursday and is reviewing the situation for Friday.