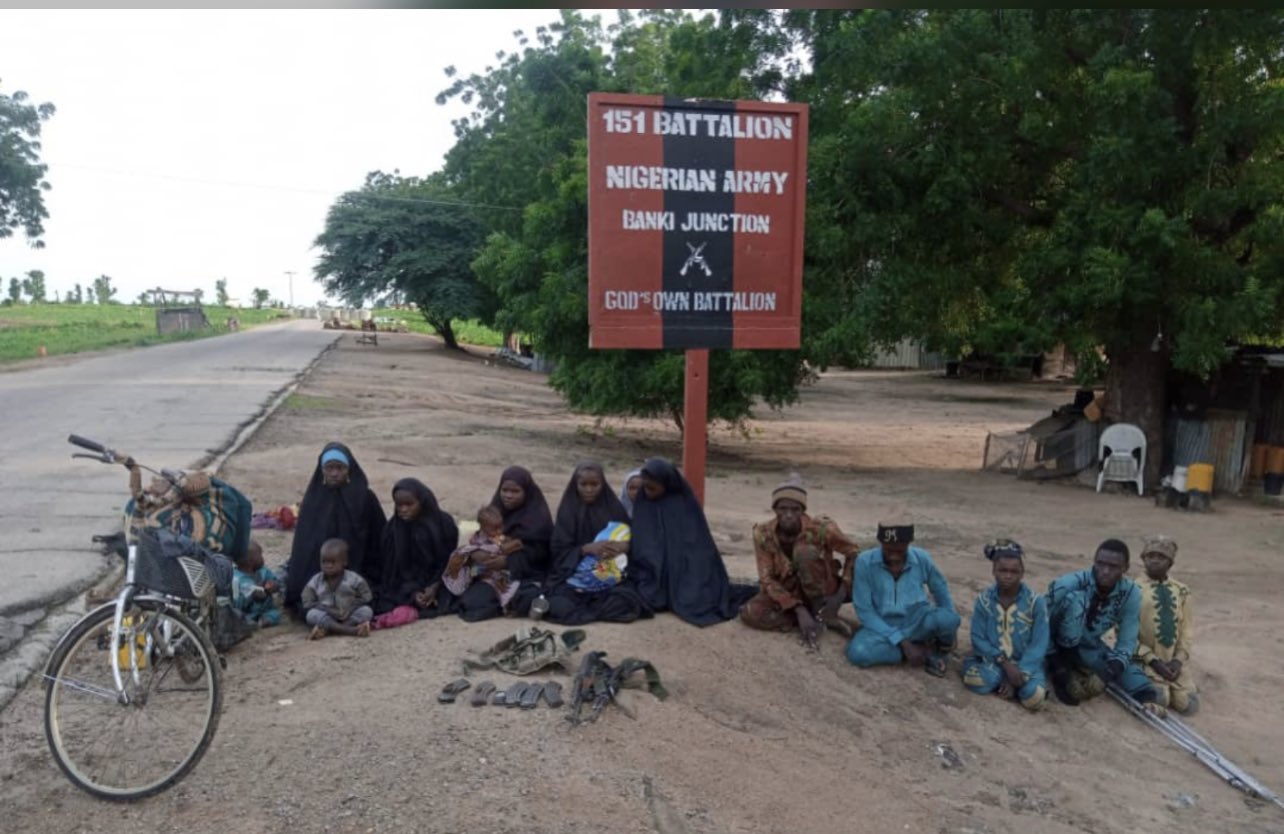 Following the recent surrender of Boko Haram’s chief executioner Bulabuduwaye to the Nigerian military, no fewer than 17 terrorists and their families yielded themselves to the troop of 151 Task Force Battalion in Bama LGA, Borno.

The Nigerian Army stated this in a tweet on Monday.

According to the Army, the mass surrender of the terrorists and their families followed the renewed military offensive by gallant troops of Operation Hadin Kai in the north-east region.

“Profiling of the surrendered terrorists is ongoing”, the tweet added.

The National Daily reported the claim by the military authorities that more than 79,000 terrorists, including fighters and non-fighters, surrendered recently.

President Muhammadu Buhari has given the armed forces till December to end terrorism in Nigeria.