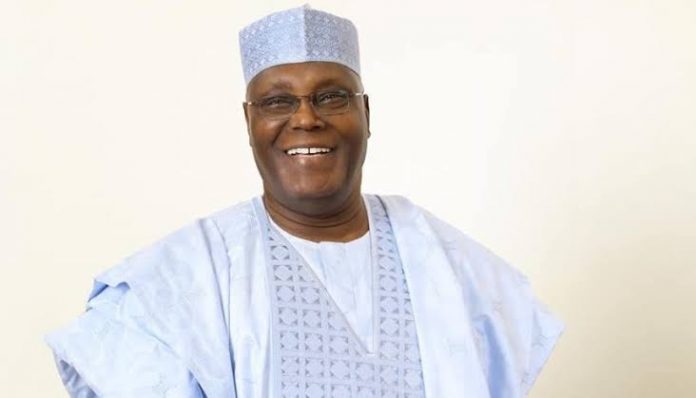 A political mobilization group, the Turaki Vanguard, has commended the massive endorsement of Atiku Abubakar as adopted presidential candidate across the six geopolitical zones in Nigeria. The group noted that the endorsements, which was further cemented by leaders of Afenifere, Northern Elders Forum, Ohaneze, PANDEF, and others, marked a confidence of the spirit of nationalism and unity found in the PDP presidential candidate.

Chris Mustapha Nwaokobia JNR, Director of Communication/Spokesperson, Turaki Vanguard, in a stamen in Lagos, cited a declaration: “Nigerians will not vote Buhari, we won’t vote a President who is likely to forget the name of the Country.” -CMN JNR.

He argued that “Failure is an orphan” saying that no sane follower of the Nigerian polity and politics will contest the patriotism, the veracity and the sincerity that underlines the Pan-Nigerian endorsement of the candidacy of Alhaji Atiku Abubakar.

Nwaokobia JNR remarked that, however, partisans have called it a fluke, some in the APC have called it a ‘voodoo endorsement’, whatever that means. “But the truth is that in 2014/2015 they went cap in hand and knees on the ground seeking the endorsements of those they completely vilify today, such is the desperation and the frustration that underscores the APC/Buhari campaign. Nigerians are saying a Resounding No to the NEXT LEVEL of poverty, job loss, insecurity, blame games, lies, deceit and chicanery,” he declared.

Nwaokobia JNR noted that it is on record that not only does the Atiku campaign have over 6,000 registered support groups, a feat unprecedented in the country’s   political history, interestingly the groups are predominated by Youths, women and paladins of the Civil Society, and the latest Heart-break for the APC is the endorsement of the candidacy of Alhaji Atiku Abubakar by the Northern Elders Forum, the Arewa Youth Consultative Forum, the Ohanaeze Ndigbo, the Middle Belt Elders Forum, the Afenifere, the South-South Elders Forum, PANDEF and even the North East division of the Miyetti Allah who in their endorsement of Atiku argued that the complicity of the Buhari Presidency in the untoward handling of the Farmers/Herders issue has left them with a huge image deficit. “Truly, ‘failure is an orphan’,” Nwaokobia JNR reiterated.

He accordingly, declared: “Indeed, Countrymen and women, we must use our PVC wisely on the 16th of February. And may your PVCs mean a call to Please Vote Capacity, Please Vote Competency, and Please Vote ATIKU/OBI to Get Nigeria Working Again.”