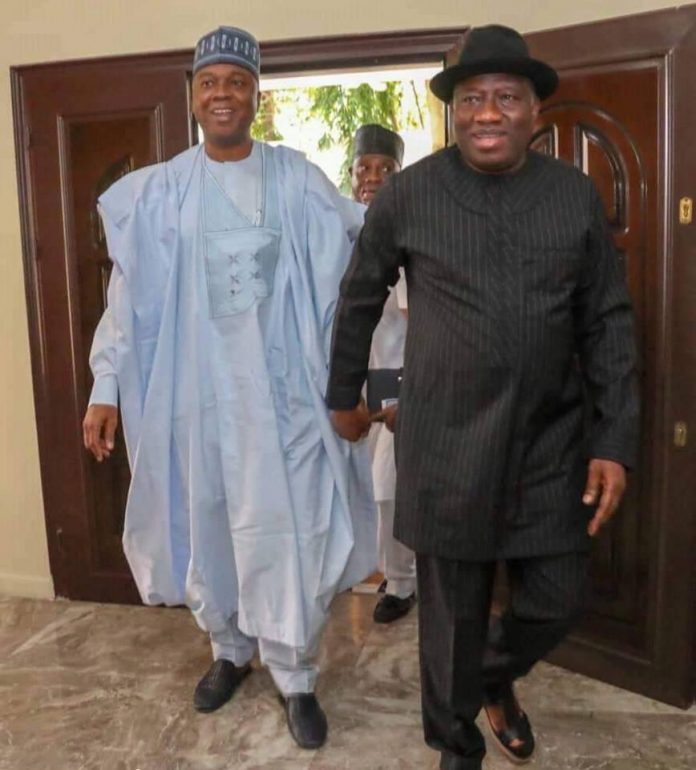 The President of the Senate, Dr. Abubakar Bukola Saraki, is currently holding a closed door meeting this Wednesday with former President Goodluck Jonathan in Abuja. Details of the meeting are yet to be unveiled and National Daily is tracking the development.
Saraki had in the past three weeks visited some other former Presidents, including former Head of State, General Ibrahim Babangida in Minna, Niger State; and later former President Olusegun Obasanjo at Abeokuta, Ogun State.
The President of the Senate had indicted interest in the 2019 presidential ticket of the Peoples Democratic Party (PDP) and has been consulting prominent former leaders and the members of the ruling elite in Nigeria.
Saraki went through a rough time after his defection from the ruling All Progressives Congress (APC) to the PDP. He, however, had respite at last over the threats of impeachment and failed attempts to violently overthrow his office by APC leaders.