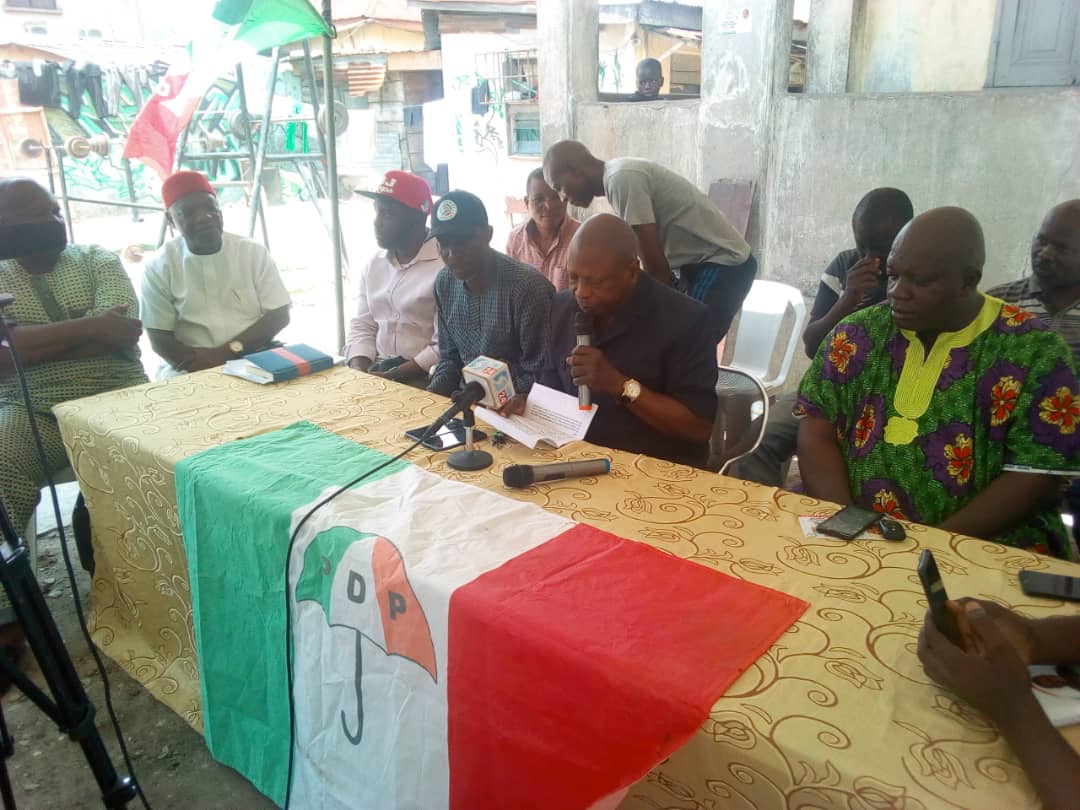 Share this on WhatsApp
Spread the love
Dr. Tokunbo Pearse one of the vocal Chieftains of the Peoples Democratic Party (PDP) at his official declaration to vie for the party’s Senatorial seat in Lagos Central on Thursday, has noted that special status for the state is not negotiable.
Dr. Pearse added that the federal government has deliberately usurped powers that clearly should be devolved to Lagos State, and if afforded the opportunity he will align forces with like minds at the senate to seek legislative redress on this.
He stated his resolve to ensure that Lagos State was granted a Special Mega City Status, positing that this would help the state in handling the pressures placed on her by mass migration of population into the state, as well as the Federal Government pressures on state infrastructure, including roads and bridges.
According to him, he would lobby his other colleagues to ensure that full autonomy was granted Lagos State over Inland Waterways, pointing out that the Federal Government must not be allowed to usurp marine assets of the state.
“The main policies which I will pursue at the National Assembly as a Lagos Senator are as follows: Reinvigorate abandoned Federal Government projects such as Apapa Port Community Infrastructure, Lekki- Epe Coaster Road, and Badagry Deep Seaport Project.
“Press for restructuring of the Nigerian Federation, decentralization of Federal offices to states for ease of access.
“Diversification of the economy to include state control over their mineral resources, (this will reduce the country’s over dependence on oil) and state control over Local Taxes such as VAT.”
Pearse stating his perception of the political space note that the Lagos polity looks more promising for PDP to secure victory now that the party was developing a winning attitude.
He made this statement at the PDP Secretariat in Mainland Local Government Area, Alago Meji, Yaba,citing the internal wrangling amongst the All Progressives Congress (APC) as a blessing in disguise for PDP.
He added that Lagosians irrespective of party affiliation were ready to get rid of the ruling party in the state.
Dr. Pearse who once jostled to be the party’s governorship candidate, further said the political climate, ahead of 2023 polls could hardly be more favourable for Lagos PDP, noting that the party despite lingering issues, was united under Philip Aivoji leadership.
Speaking at the well attended declaration, graced by the Party Chairman Hon. Molomo Adelabi,Deputy chairman, Adeniji Lawanson, Taylor Olajide Secretary, Mrs.Ronke Akande Treasurer; Mr. Effiong Nyong, among others,Dr Pearse said Lagos PDP, for the first time in history had the tacit encouragement of the party at the national level and the unwavering support of the Oyo State governor, Engnr. Seyi Makinde, who is also the PDP leader in South-West.
“And the path of PDP to victory in Lagos State has never been clearer than now. Our main opposition, the ruling All Progressives Congress (APC) is in disarray. Many members of the factions within the party are ready to cross over to PDP, following the example of Lagos4Lagos.
“The political climate could hardly be more favourable for Lagos State PDP. Despite lingering issues, we are united as a party under the Aivoji- led State Executive Committee, and for the first time in a long time, we have the tacit encouragement of our party at the national level, and the unwavering support of Governor Seyi Makinde, the leader of our party in the South-West zone,” he said.
“Lagos State PDP is developing a new attitude. It is an ambitious attitude. It is a winning attitude. I align myself with that attitude completely. With this winning mentality, and with your support, by the grace of God, I will win this senatorial race to become the senator representing Lagos Central, come 2023,” he added.
Commenting on his chances at the poll, he maintained that party delegates had assured him that they would never again vote for aspirants whose strategy was to win the primaries, collect election day funding and go to sleep on the day of elections.
Pearse, while pledging that he would devote himself to the service of residents of Lagos Central and not to any leader or private interest, said that his efforts on behalf of the district would be communicated to the residents through regular Town Hall meetings, among others.
Share this on WhatsApp
Related Topics:
Up Next