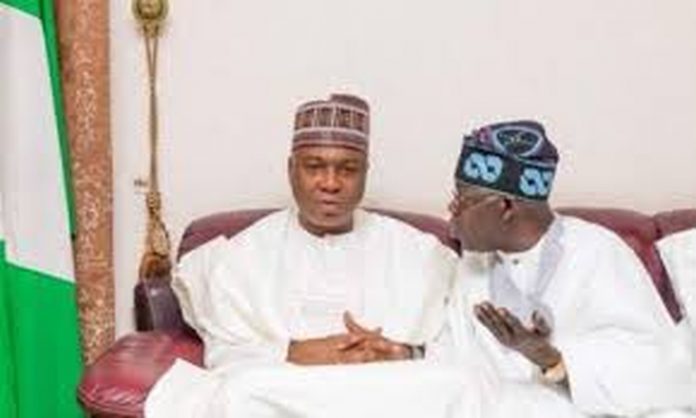 Things are taking shape even in the cloud of uncertainty surrounding the on-going media war by supporters of PDP’s chief and former Sen. President Bukola Saraki: they want to straighten the way for his return into the APC first at the state level.

His party man ex-Speaker Yakubu Dogara had earlier cooked up a reason to jump ship again. And he did. Successfully.

Moreover, the Mala Buni-led APC Caretaker Committee has extended the right hand of fellowship to all the nPDP defectors, including PDP’s last presidential candidate Atiku Abubakar and over a dozen others.

For Saraki, his return, rumoured though, is not unconnected with the ambition of APC national leader Bola Tinubu allegedly eyeing presidency in 2023.

“Asiwaju Bola Ahmed Tinubu, is doing everything possible to lure more people into the party,” former Kwara Speaker Wale Oke, one of the APC leaders in Kwara, said in an interview with the Guardian on the weekend.

But the lawmaker and other party stalwarts in the state said Saraki—as Dogara was—is welcome.

“We can’t block anybody from joining our party. The more the merrier,’ said Iyiola Oyedepo.

With that, the former governor has cleared the first hurdle.

The problem, however, Saraki must not come with the mindset of strong-arming Gov. Abdulrahaman Abdulrazak for the party structure.

“He should go to the ward level if he is joining us,” he said.

For an ex-governor and Nigeria’s former No 3 citizen who lost his re-election bid, and got buried politically even in his state where he headed the oldest political dynasty, starting at the bottom of the rung could be a challenge.

Except the party national leader he is coming to support has promised to give him a leg-up—as a condition.