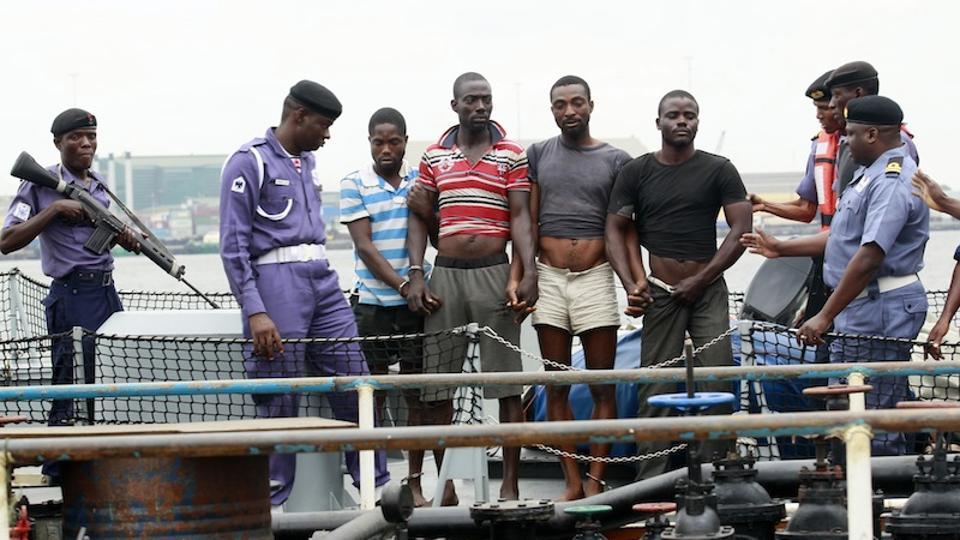 Share this on WhatsApp
Spread the love
By OKOSUN DENNIS
The Nigerian Navy in Lagos has rescued four Chinese men from kidnappers around Igbokoda area of Ondo State.
The Flag Officer Commanding (FOC), Western Naval Command, Rear Adm. Sylvanus Abbah, explained on Thursday that the four victims were abducted on board a fishing trawler within the Lagos waters on December 14.
According to him, operatives of the Nigerian Navy Ship NNS BEECROFT rescued the abducted Chinese nationals after a gun duel with the kidnappers at the militant camp in the riverine area of Ondo State.
National Daily gathered that after the abduction, the kidnappers took their victims in a speed boat to Igbokoda, Ondo State the same day.
“Naval operatives attached to Forward Operations Base (FOB) who sighted the kidnappers as they were entering Igbokoda gave them a hot pursuit.
“The kidnappers opened fire on the naval gunboat. There was a fierce gun battle between the suspects and the naval men and the hoodlums abandoned their boats and fled on foot through the creeks,’  he said.
Abbah further stated that the naval men went after the suspects who later abandoned the four Chinese men and fled.
ALSO SEE: Prerogative of Mercy: Ambode releases 12 Kirikiri Prison inmates
“Presently efforts are ongoing to arrest the suspects while the Chinese sustained bullet wounds during the gun battle and they have been treated and are in stable condition,” he said.
Meanwhile, the Acting Chinese Consul General in Nigeria, Mr Guan Zhonggi, who paid a thank you visit to the FOC, commended the navy for its prompt intervention.
He said that the four Chinese men regained their freedom because of the swift action of the naval men.
Share this on WhatsApp
Related Topics:Chinesefishing trawlerKidnappersNigerian Navy (NN)NNS Beecroft
Up Next