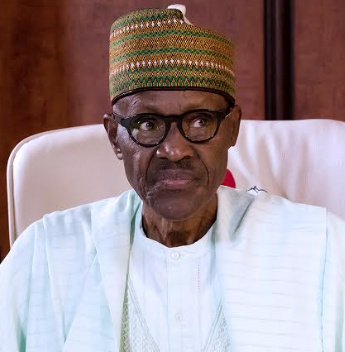 Share this on WhatsApp
Spread the love
5-day break for President BuhariPresident Muhammadu Buhari arrived Katsina Wednesday, and he is already at Daura, his hometown, for the Eid-el-Kabir sallah celebration.Buhari flew in the Nigerian Air Force Presidential jet 5N-FGT and landed at about 4pm at the Umaru Musa Yar’Adua International Airport , Katsina .He was received at the airport by  Governor Aminu Bello Masari, other top government officials, Emirs of Katsina, Dr. Abdulmumini Kabir Usman and his counterpart from Daura, Alhaji Umar Faruq.
After the ceremonies, Buhari moved to the helipad of the airport where he boarded a helicopter to Daura.
He’s spending the holidays there.
The President’s arrival for the Sallah festivity was the first since his return from the medical vacation trip to the United Kingdom.
While he earlier said he would follow his doctors’ instruction on taking enough rest, Buhari few days suddenly took off from the Nigerian House in Londin where he had been receiving treatment for undisclosed ailments for more than three months.
The Sallah break in his native home will be a well deserved one.
Share this on WhatsApp
Related Topics:President Muhammadu BiuhariSallah holiday
Up Next