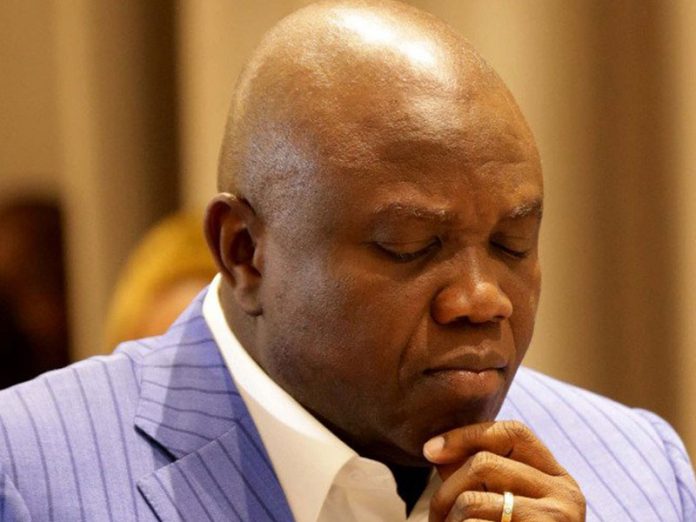 Former Governor Akinwunmi Ambode of Lagos has continued the battle for survival since the political onslaught by some forces in Lagos to prematurely terminate his career in in politics. Beside several other political warfare, the for governor engaged the Lagos State House of Assembly in a legal battle on the investigation of procurement of 820 buses for the state’s modern transportation system.

Meanwhile, the Lagos High Court, Ikeja, has fixed February 27 to decide on the suit by Lagos lawmakers challenging its jurisdiction on the suit by the former governor seeking to stop the House of Assembly from probing him on the bus procurement.

Oyetibo demanding the court to dismiss the objection of the legislators with substantial costs, declared: “His case is that the exercise of the lawmakers power is subject to the provision of the Constitution, particularly, the right to fair hearing as contained in Section 36.

“Secondly, the court will determine whether the exercise of the power of the House of Assembly is subject to the provisions of the Constitution under Section 128.

“If the court answers the second question in the affirmative, it has the right to ask if those rights have been violated by the House of Assembly.

“We are also asking your lordship to determine the validity of a law or provision that will require the executive to come back to the House to seek disbursement of funds approved under the budget.

Olukayode Enitan, SAN, Counsel to the lawmakers, is challenging the jurisdiction of the court to hear the suit based on three grounds.

“The first ground is that it is ultra vires (beyond legal power or authority) – that is, the power of the court to interfere with any investigation of the Lagos State House of Assembly or any arm of government based on the principle of separation of powers.

“I urge the court to decline jurisdiction as this suit is premature,” Enitan declared.

The lawmakers counsel complained that rather than accept an invitation to attend a probe sought by the House of Assembly, Ambode “rushed” to the court for protection.

Enitan stated: “The claimant has not been indicted; he has been invited to come and explain some things to us, but instead he ran to court.”