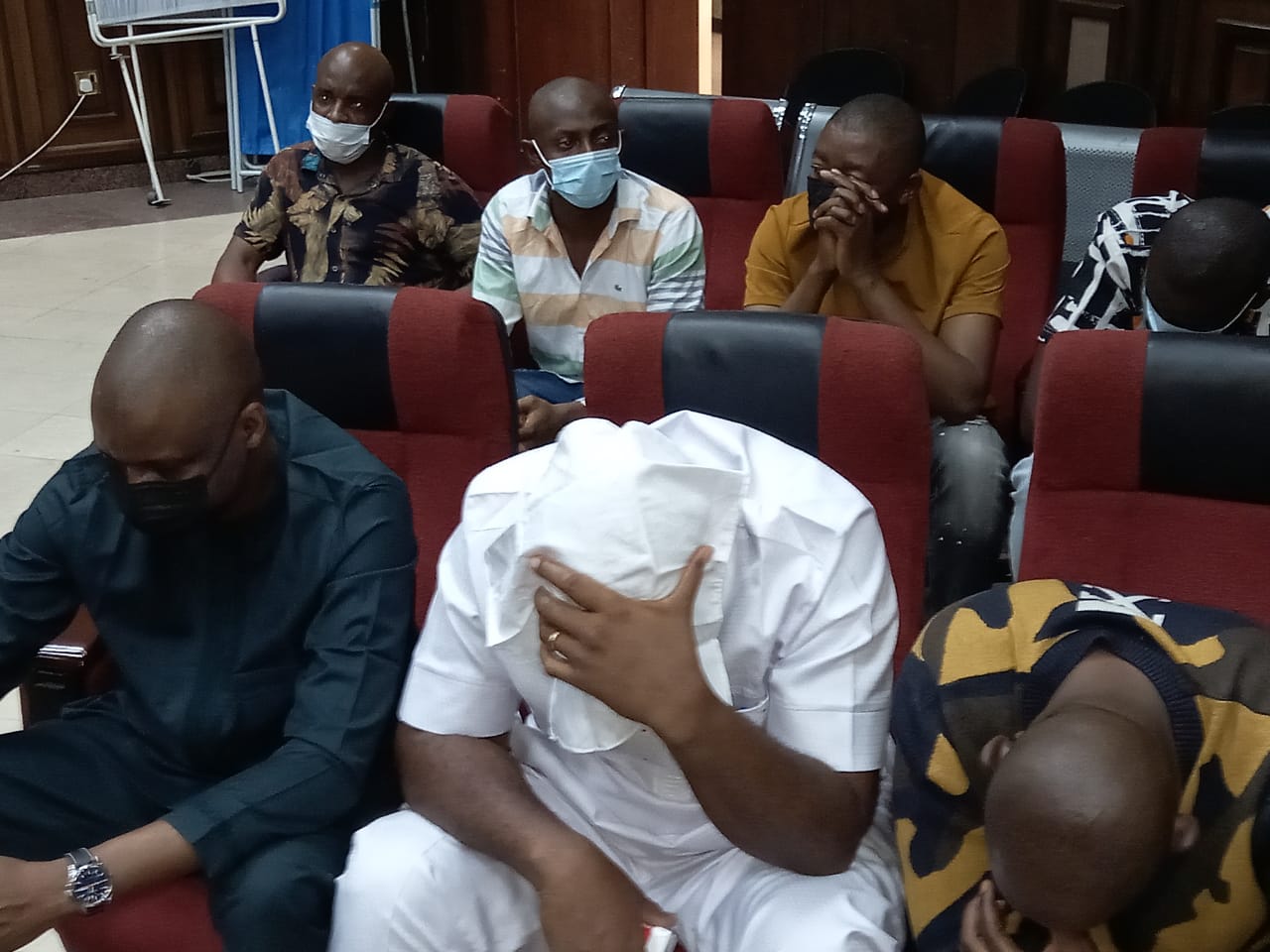 Justice Emeka Nwite of the federal high court, Abuja division has sentenced two of Abba Kyari’s co-defendants to two years imprisonment on each of counts 5, 6 and 7.

The court convicted them on Tuesday after they prayed the court for a plea bargain agreement.

The judge said “having admitted to have committed the offence preferred against them in counts 5, 6 and 7 by the NDLEA, Chibunna Umeibe and Emeka Ezenwanne, who are 6th and 7th defendants, are hereby convicted accordingly.”

However, the court, which noted that the two defendants were remorseful, held that the sentence would run concurrently, commencing from the date they were arrested by the NDLEA.

A plea bargain is a negotiated agreement between a prosecutor and a defendant whereby the defendant pleads guilty to a lesser offence or to one of multiple charges in exchange for some concession by the prosecutor -either a more lenient sentence or a dismissal of the other charges.

Mr. Chibunna Umeibe and Mr Emeka Ezenwanne are the 6th and 7th defendants in the suit filed by the National Drug Law Enforcement Agency (NDLEA) against Mr Kyari and others over an alleged drug deal.

The two defendants are the two alleged drug traffickers arrested at the Akanu Ibiam International Airport in Enugu.

When the matter was called up, Sunday Joseph, NDLEA’s counsel informed the judge that two motions seeking for a plea bargain with respect to the two defendants have been filed today.