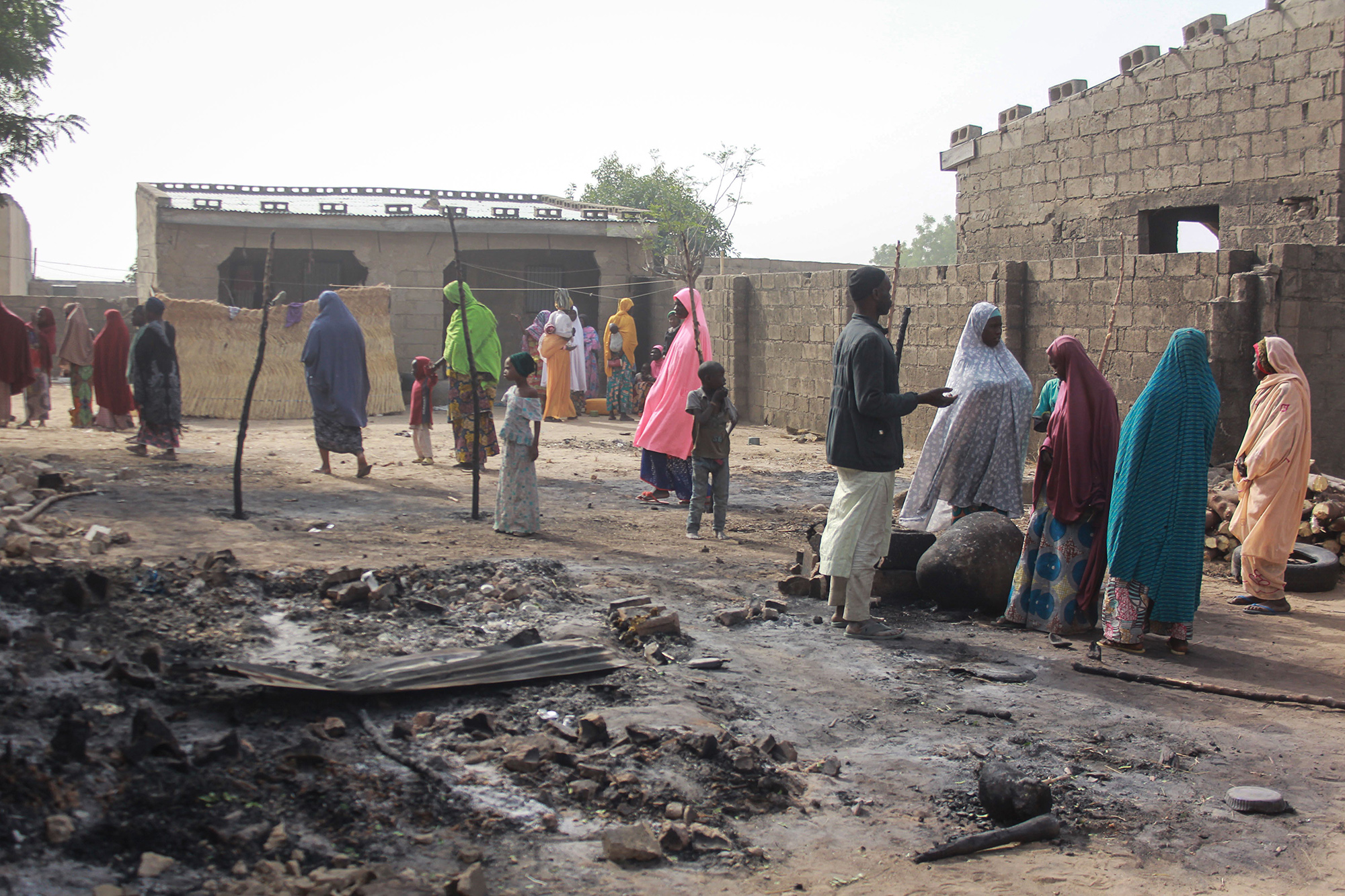 Family of Mr. Akanbi Memud and a son in-law Mr. Tunde Kotun suspected to have been abducted by Boko Haram insurgents during a raid on their community in Kaduna state has appealed to the federal government to help secure their release.

National Daily gathered that the two kidnapped men, members of the Memud family of Madamai Township in Kaura local government of Kaduna state, were kidnapped when the terrorist group invaded the community on September 26, 2021.

During the attack, three members of the family, Madam Rabiat Memud, abdulramon Memud and Khadijat Kotun were killed alongside many others while Akanbi Memud and their son in-law Mr. Tunde Kotun were among those abducted.

Addressing journalists, Mrs. Tawakalitu Ajoke Kotun said the news about the abduction of the two men has thrown the family and community into confusion and appealed to the Police to speed up action that would aid his release.

She said, “It has been two months that they were kidnapped, and up till now, we have not received any news from the police on their whereabouts.

In the last weeks, all their loved ones, especially wife and children have been experiencing sleepless night simply because nobody can hold on to anything that suggests if any plan is being made to secure their release”

Speaking, a member of the community, Ali Yusuf who also lost a family member during the raid said the issue of kidnapping and incessant raids on hapless communities has become a sensitive issue that requires a strategic approach.

Meanwhile, Tawakalitu Ajoke Kotun and the family are appealing to the general public that whoever has any useful information regarding their whereabouts should contact the nearest police station in Kaduna State or nationwide.