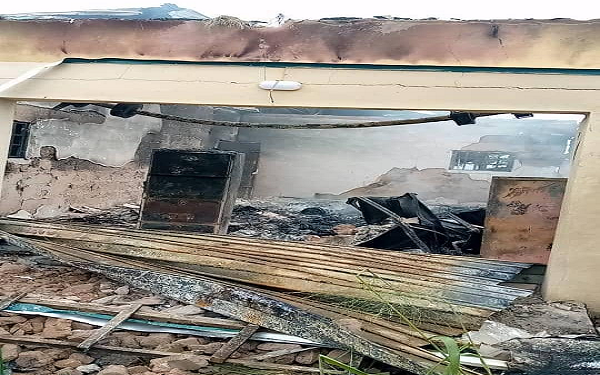 With the burning of a recently renovated office in Ohafia, Abia, INEC had another setback in its preparation for and conduct of staggered elections in the southeast and south south, while raising concerns about the 2023 general election.

The latest arson made it the second time in about two weeks, and second in Abia between December 2020 and May  that LGA offices of the election management body would be destroyed.

The commission, in a statement issued on Monday, said the office was torched on Sunday night, though no casualties were recorded.

But caches of electoral materials and equipment were destroyed which adversely means loss of millions of tax-payers’ funds.

“The matter has been reported to the police for investigation,” the INEC’s spokesperson, Festus Okoye, said in the statement.

“It will be recalled that only last week, the Commission reported an attack on its office in Essien Udim Local Government Area of Akwa Ibom State and expressed anxiety about the impact of such attacks on electoral activities, including the ongoing expansion of voter access to Polling Units, resumption of the Continuous Voter Registration (CVR), pending bye-elections, end-of-tenure elections and ultimately the 2023 General Election,” Okoye said.