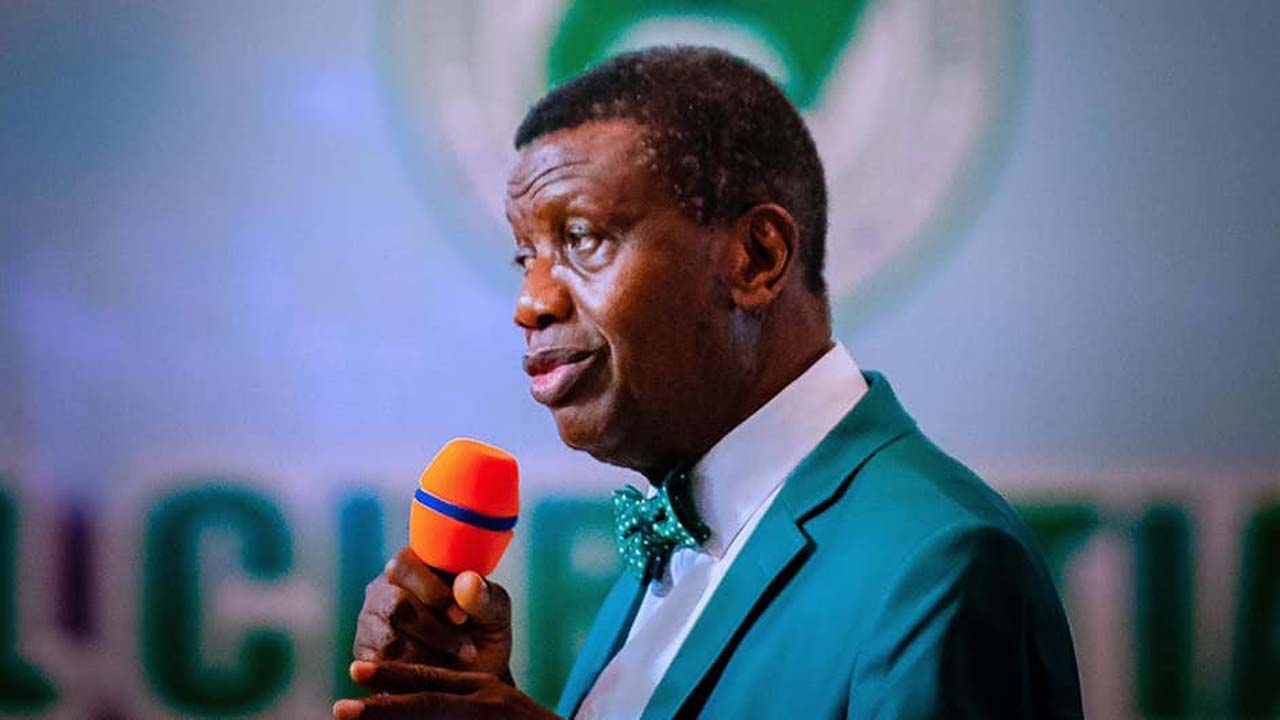 The News Agency of Nigeria reports that Adeboye, who was the Special Guest, was accompanied to the occasion by Gov. Ifeanyi Okowa.

NAN also reports that the cleric was in the state for a two-day RCCG programme, tagged: “Light Up Delta.”

The general overseer, who had earlier attended the seventh anniversary thanksgiving and praise day of the Okowa-led government, said that giving praises to God would attract more blessings.

According to him, it is not a secret that God is doing great things in Delta through Okowa.

The pastor, while praying for the state, the government and the people, quoted Psalm 147:1,saying: “when we praise God, we are asking Him to do more.

“I am in Delta tell the forces of darkness that there is no room in this state.”

On his part, Okowa urged banks and other financial institutions to de-emphasise profit and partner more with people for improved socio-economic development in the country.

He expressed gladness with the establishment of the bank in the state and commended the Chief Executive Officer, Mr Emmanuel Emefienem, for the great feat.

“I am glad to see what I see here today. It is beautiful and I thank God for that. I want to congratulate you today on this great feat and the fourth branch of your bank.

“I also congratulate you, the managing director, on the very wonderful name you have given to the bank.

“I believe it was Holy Spirit-led. I know the kind of person you are and I believe that the bank will be of great service to the people and impact lives.

“Banking services are unique. I believe too that as long as it is done in such a mutual relationship with the customers where everybody wins, it is definitely going to be of a great service to the people.

“We need banks to truly partner with the people and not just to make gains from them. I hope that your service will be geared in that direction,” he said.

The governor assured that the people and government of the state would partner with the bank.

Earlier at the anniversary, Okowa thanked God for His faithfulness, saying that at the beginning of his administration, things were tough but two years later, God manifested Himself as prophesied.

He thanked God for his predecessors, Chief James Ibori and Dr Emmanuel Uduaghan, for laying the foundation upon which his administration was built.

Okowa said that the reason for the thanksgiving was that “God has done much for us as a state.”

The governor, however, urged the people to remain united and continue to promote peace in the state.

In his address of welcome, Emefienem stated that the bank was not just out to do business but also to impact and improve on the lives of the people.

“As a son of the soil, the bank is not just here to do business but also to impact on the people. I know the people and the terrain,” he said.

6 things we do that damage our eyes