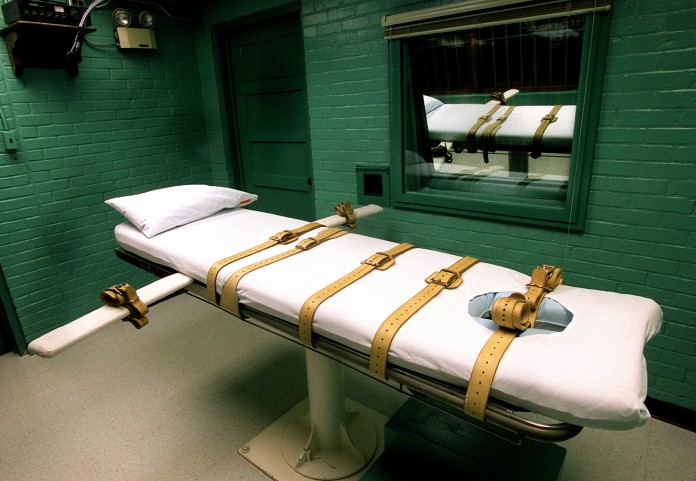 No fewer than 1,634 people died for their sins around the world last year, a figure the Amnesty International said rose by more than half of last year, making it the highest in the last 25 years.

They died by beheading, hanging, lethal injection, or shooting.

Nigeria, still holding on to its capital punishment, hasn’t executed criminals on death row since 2013, when four of those awaiting death were killed.

The number, according to an AFP report, excludes China where thousands could have been executed secretly.

“Executing several thousand people a year is really very serious and China knows it would be the black sheep of the international community if it was to release the numbers,” Nicholas Bequelin, Amnesty’s East Asia regional director, told AFP.

China has about 43 crimes listed under capital punishment.

Iran, Pakistan, and Saudi Arabia, with 89 percent, led the pack of the 25 countries in the execution data available, according to the London-based human rights organisation.

The AI report states that four people in Iran and at least five in Pakistan were executed for crimes committed when they were under 18.

“Over the past year, Pakistan has vaulted to the number three spot for recorded state executions in the world — a shameful position no one should aspire to,” Champa Patel, director of Amnesty’s South Asia office, told AFP, adding the majority were not convicted of terror offences.

“Iran, Pakistan and Saudi Arabia have all put people to death at unprecedented levels, often after grossly unfair trials. This slaughter must end,” Shetty said.

A total of 102 countries, including Fiji, Madagascar, Republic of Congo and Suriname, have actually ended capital punishment for all crimes, while rights organisations are pushing others, including Nigeria, to abolish it.

“However, human rights have been absolutely left in the margins,” he told AFP. “That risks undermining all these efforts.”