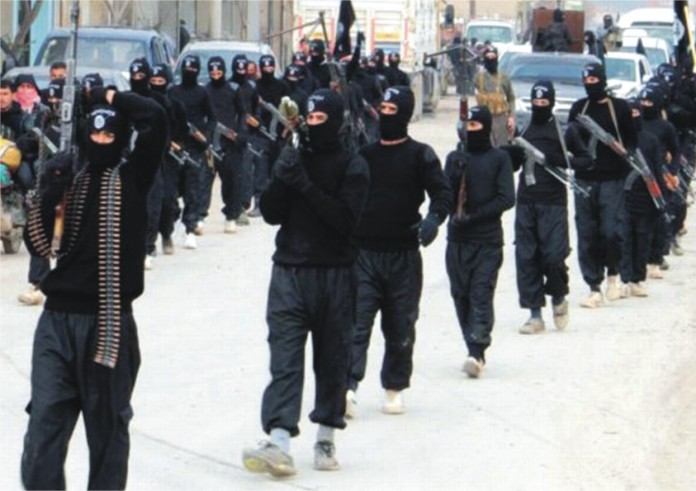 THE advent of Boko Haram insurgents and the attendant effect on the socio-economic status of Nigeria has thrown up a number of questions among security analysts who see the need for the government to step up the game in de-radicalisation policy.

Whilst Nigeria leadership may condemn terrorism and many concurred with the narrative that Nigeria is not active participant in the exportation of terrorism to other part of the world; yet there are many analysts that believed strongly in the need to overhaul Nigeria security architecture.

The roadmap for the revitalization of Nigeria security infrastructure started with the change of the security leadership shortly after coming into office of the present administration, but it must cover review of the internal processes in order to ensure they are ‘fit for purpose’ and could manage both domestic and international security threat to Nigeria sovereignty.

One of such national security risk is diaspora radicalisation.

Some analyst believe that the inability of the country to manage diaspora radicalisation is compounded by weak Nigeria security infrastructure and leakages in security policy implementation; evaluation and monitoring associated with the gradual erosion of professionalism orchestrated by corruption.

According to the 2014 Global Terrorism Index ranked Nigeria has No: 4 with Afghanistan and Pakistan occupying position number 2 and 3 respectively. This is so, according to security analyst, was due to the two Nigerian youths arrested along the India-Pakistan border after scaling a barbed wire fence near the international border, and handed over to Punjab Police. They were travelling to Pakistan, ranked number three in the GTI and home to the former Al-Qaeda leader, Osama Bin Laden.

According to the Indo-Asian media platform, the two Nigerians, aged between 24 and 25, from Kano State, had told Indian officials that they were journeying to Pakistan and later to Iraq without valid travel documents.

The two Nigerians, identified as Imran Kabeer and Sani Jamiliu, had arrived in Sikh in Delhi in a hired taxi. Having had argument with the taxi driver and “hoodwinked him and drove away his Swift Dzire car, they were said to have arrived at the integrated check point at Attari. When they realised that the border gates were closed, the youths clandestinely moved towards a barbed wire fence along the Attari-Wagah rail track.

It is apt as Nigerians, the primary concern at the moment is determining how many Nigerians are planning a trip to join ISIS and how to work within Nigeria and with other countries to stop the floodgate of Nigerian would-be jihadist.

There is an urgent need for a review of what is being done at state government level to curb the growth of Islamic radicalisation and what type of interface exist to eradicate violent extremism based on practical initiative. It is worth mentioning that the Global Peace Index (GPI) measures the relative position of nations’ and regions’ peacefulness.

However, the 2014 Global Peace Index also places Nigeria on number 151 country out of 162 with little peace and in close proximity in ranking with countries such as Syria, South Sudan and Somalia that are in total war front.

According to statistics, the National Cost of Violence to Nigeria economy is US$ 70, 551, 273, 870. As a result, the gradual increase in diaspora radicalisation requires holistic plan to deal with rather than this slow methodology.

Doubtless to say that there are no Nigerians in Syria, Libya, Yemen, Niger, Cameroon, Chad, Somalia and Iraq participating in the holy war or jihad activities undertaking by the terrorist group located in these area.

The metaphor of Michael Adebolajo and Michael Adebowale who in 22 May 2013, attacked and killed a British Army soldier, Fusilier Lee Rigby of the Royal Regiment of Fusiliers, near the Royal Artillery Barracks in Woolwich, Southeast London point to the fact that apart from domestic initiatives to deal with radicalised Nigerians, embassies abroad have a lot to do to check malfeasances by some Nigerians who have been sufficiently exposed to Islamic ideological innuendoes.

Understanding the fact that both are British-Nigerians who converted to Islam, Michael Adebolajo was born in Lambeth to a Christian family went to Marshalls Park School and studied sociology at the University of Greenwich. He has a history of involvement in radical Islamist activities and in 2010; Adebolajo was arrested in Kenya with five others.

Michael Oluwatobi Adebowale was also born in Denmark Hill, South London, in May 1991.

His father was then a student at Rutherford College in Canterbury, Kent, and the couple were said to have separated soon after the birth. Michael Adebowale’s mother at the time of the incident was a probation officer and his father a member of staff at the Nigerian High Commission.

Adebowale attended Kidbrooke School in Greenwich, where former pupils said he was known as Toby or Tobi, an abbreviation of his second name Oluwatobi. Adebowale was said to have converted to Islam at 19, while studying at Greenwich University, where he met Michael Adebolajo.

On the 19 of December 2013, both of the attackers were found guilty of Rigby’s murder. On 26 February 2014, they were sentenced to life imprisonment, with Adebolajo given a whole life order and Adebowale ordered to serve at least 45 years.

The ‘Woolwich Killing’ occurred three years and 142 days after Farouk Abdulmutallab popularly referred to as the “Underwear Bomber” was arrested on Christmas Day, 2009 in the United States after a flopped terror attack.

Umar Farouk Abdulmutallab confessed to and was convicted of attempting to detonate plastic explosives hidden in his underwear while on board Northwest Airlines Flight 253, en route from Amsterdam to Detroit, Michigan, on Christmas Day, 2009.

Al-Qaeda in the Arabian Peninsula (AQAP) claimed to have organised the attack with Abdulmutallab; they said they supplied him with the bomb and trained him. Connections to Al-Qaeda and Anwar al-Awlaki were found, although the latter denied ordering the man to do the bombing.

On the other hand, Aminu Sadiq Ogwuche, was born in London and he is a university drop-out who appears to have become radicalised while studying at the University of Glamorgan (now the University of South Wales) from 2007 to 2010 was a son to an army Colonel. He was accused of being the mastermind behind the Nyanya bombing in Abuja where about 70 people were killed and several others injured.

It is difficult to fathom, while the legal battle to convict Oguwche in Nigeria for an offence that consumed over 70 people, while Adebolajo and Adebowale, who committed their offence have had justice and convicted serving various jail terms. Based on that, some analyst are of the view that Nigeria needs to start working on how best to stop diaspora radicalization by employing swift and harsher judicial discretion to ensure that Nigeria does not becoming an exporter of terrorism.

Why are Nigerians youths attracted to terrorism and fighting for ISIS?

Apart from the economy value, there are fundamental questions that must be answered if the fight against de-radicalisation must be fought head-long.

One thing that cannot be ignored is if we have a proper and effective border security in Nigeria as well as how many Nigerians are currently in Pakistan, Yemen, Iraq, Sudan and Syria participating in terrorist activities?

Besides, how many Nigerians are flying into the country from terrorist hotspots to assist Boko Haram in their menace against Nigerian people? If Boko Haram must be brought to their kneels despite “decimation theory” of the military and the “technical defeat” postulation of Boko Haram by the Minister for Information, all the security agencies must do more than it is currently doing, especially the Para-military agencies to assist the military to finally rout the terrorist.

The jihadist militia, Boko Haram, which has pledged allegiance to the Islamic State group, has waged violent campaign for a separate Islamic homeland in the Northeast which has seen more than 150,000 deaths since 2009; the battle is to win heart and mind is just beginning.

Unfortunately, over 1, 500 people have been killed since President Muhammad Buhari came into power but it is important to highlight that he has accomplished a lot within the last few months in position; boosting morale and enhancing security.

The fear being nursed and that must be considered very imperative is that the members of the jihadist movement might hide within the community as sleeper cells and cause havoc at will as being experienced in recent times. It is important to highlight also that members of this sects have been indoctrinated and that they twisted some passage of the doctrine to suit their narrative.

With the Chibok girls still missing and the rise in teenage suicide bombing using young girls is quite disturbing and worrisome considering that soft targets remain vulnerable places of attack as exemplified in the last few bombings orchestrated by Boko Haram sects, there is the need to worry on how best to deal with insecurity.