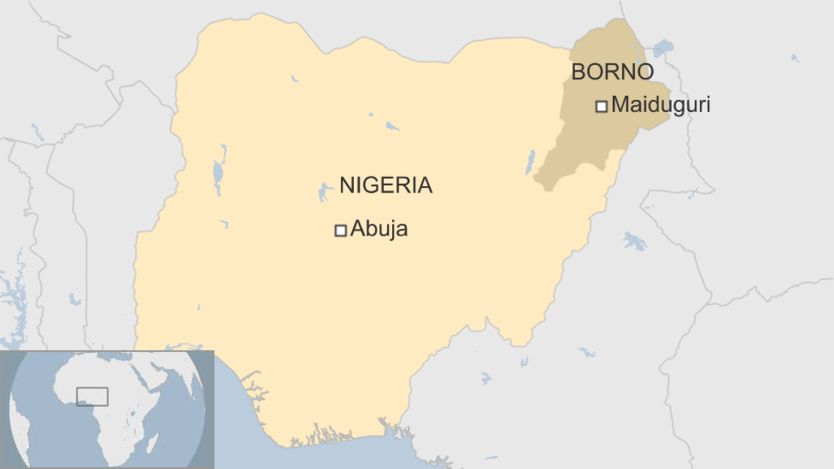 27 people were killed on Tuesday night by Boko Haram terrorists in Maiduguri.

National Daily gathered that dozens were injured when the suicide bomber blew themselves up outside a refugee camp located near Maiduguri in Borno state.

The Islamist militant group Boko Haram have concentrated their attacks on Borno recently, a place said to be their stronghold since the illicit campaign by the group began since 2009.

National Daily gathered that Boko Haram remains the only insurgency in history to use more women suicide bombers than men.

A member of the Civilian JTF, Baba Kura, who is engaged at fighting with the military against the jihadists, explained that the first bomber blew herself up near the camp, triggering panic.

He added that as people were trying to close their shops, the other two female bombers exploded their explosives, which led to most of the casualties and injuries.

It was further gathered that as a result of the strings of attacks, people have started fleeing their homes and poured into camps.

National Daily recalls that the Nigerian military have consistently claimed, despite strings of attacks that Boko Haram sects have been “technically defeated.”

N300m suit: Court to decide on Evans suit against NPF, others today

Family of five wiped out after eating rice