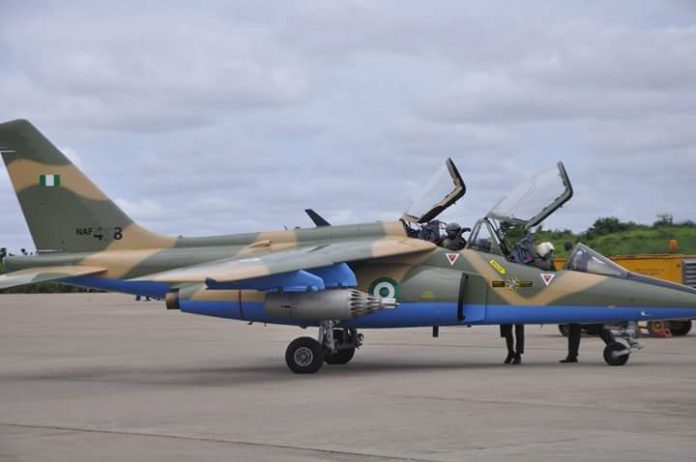 Air Commodore Wap Maigida, the Commander of 551 NAF Station Jos, has called for a renewed synergy among security agencies, to stem the tides of insecurity in the country.

Maigida stated this at an interdenominational church service on Sunday in Jos, as part of activities marking 58th anniversary celebration of NAF.

According to the commander, a robust synergy among security outfits was needed to end the myriad of security challenges currently facing the nation.

He decried that youth restiveness, banditry, kidnapping, insurgency, among other security challenges, were threatening the collective existence of the nation, adding that all hands must be on deck to address the menace.

”The operational theatres keep expanding, as such a robust synergy and joint efforts between the Armed Forces and other security agencies is urgently needed in order to aggressively suppress the myriad of security challenges,” Maigida said.

He explained that the theme of the celebration: ”Enhancing Nigerian Air Force Efficiency in Joint Operations for Effective Response to Contemporary National Security Imperatives”, was in accordance with the Chief of the Air Staff (CAS) vision.

The vision, he said, aimed at enhancing and sustaining the critical air power capabilities required for joint force employment in pursuit of national security imperatives.

The commander further advised the officers and men of NAF units in the country, to rekindle their skills and abilities toward achieving the CAS vision.

The News Agency of Nigeria reports that a Juma’at prayer and Route match by the Nigerian Air Force Officers’ Wives Associations (NAFOWA) were held as part of activities slated for the celebration.