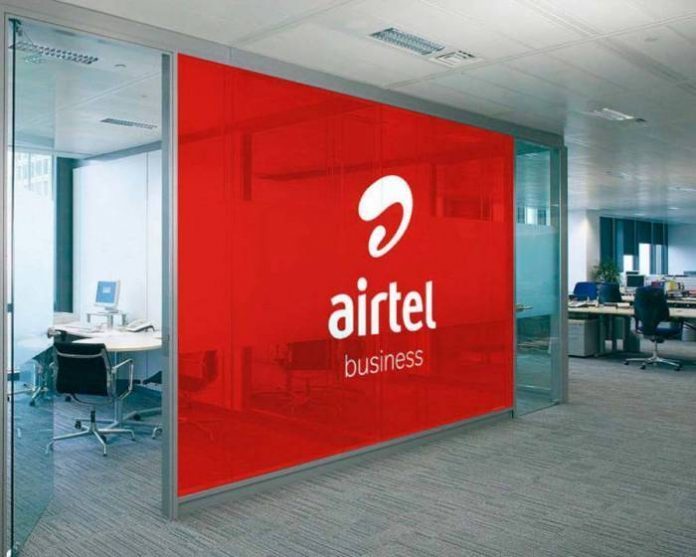 Airtel Africa Plc is set to become the third most capitalized quoted company on the Nigerian stock market as the telecommunications company concludes arrangements to list its shares on the Nigerian Stock Exchange (NSE). Nigeria alone accounts for 36% of its total revenue.

Airtel Africa had last week successfully raised $750 million or N270 billion in its combined global initial public offering (IPO), which included listing on the London Stock Exchange (LSE) and the NSE. After a 10-day book building, the IPO, which had set a price range of 80 pence and 100 pence, was priced at 80 pence, implying a market capitalisation of $3.9 billion or N1.4 trillion for the telco giant.

The IPO included a Naira-based offering to Nigerian investors. The final term sheet for the IPO indicated that the Nigerian offering was priced at N363 per share. Many Nigerian investors participated in the IPO. Airtel Africa’s Nigerian subsidiary, Airtel Networks Limited, second largest telecommunication company in Nigeria, accounts for more than one-thirds of the group’s turnover.

Under the IPO schedule, the allotment of ordinary shares and crediting of ordinary shares to the Central Securities Clearing System (CSCS) accounts of successful Nigerian subscribers will take place on June 29, 2019 and   July 3, 2019 respectively. Airtel Africa is scheduled to be admitted to the official list and begin trading on the NSE on July 5, 2019.

Already authorities at the NSE and Securities and Exchange Commission (SEC) have approved the listing of Airtel Africa. Airtel Africa is expected to be listed on the premium board of the NSE, trailing its closest rival MTN Nigeria Communications Plc as the third largest quoted company. MTN Nigeria was listed in May 2019 with a market capitalisation of N1.83 trillion, making it the second largest quoted company after Dangote Cement Plc.

The listing of MTN Nigeria had triggered a massive rally that market capitalisation of Nigerian equities to a gain of N2.726 trillion in May 2019, one of the two positive months for the Nigerian stock market so far this year.

Market analysts also expected a reasonable enthusiasm for Airtel Africa on debut at the NSE but the wider distribution of its shares due to the IPO may moderate the pricing trend compared with MTN Nigeria’s pricing upsurge. MTN Nigeria had sustained a day-on-day maximum allowable gain for many days, setting off a major debate about the propriety of the pricing mechanism. However, the NSE affirmed that the pricing mechanism was in line with established market forces.

Airtel Africa’s debut trading on the LSE was however weak, dropping by as much as 16 per cent during the first trading session.

The Nation had reported that Nigerian retail investors had opted for the use of special purpose vehicles (SPVs) to aggregate funds and buy into the Airtel Africa’s IPO. Airtel Africa, a subsidiary of India’s Bharti Airtel Limited, had restricted the IPO to qualified institutional investors and high net worth investors (HNIs) in Nigeria.

Under the extant rules in Nigeria, a high net worth investor is defined as an individual with net worth of at least N300 million excluding automobiles, homes and furniture. This implies that only individuals and institutions with a minimum assessable investment of N300 million can participate directly in the IPO.

To bypass the restriction, many investment houses created SPVs which were designed to aggregate subscriptions from retail investors. While the arrangements differed slightly, the investment firms used almost similar template for the SPVs, suggesting a sort of industry consensus on the approach to bypass the high net worth restriction.

The minimum share subscription by most SPV was fixed at 500 ordinary shares while the price was fixed at the ceiling of N454 per share, implying a minimum subscription of N227,000. Under the terms, the in-house allocation may be done on a pro-rata basis in the event of under allotment of the full subscription while the retail investors will bear all transfer charges. However, with the clearing price of N363 lower than N454, the excess amount will be refunded to the investors in line with the terms of the SPV.

Nigerian market has substantial retail investors. Latest data from the NSE indicated that domestic retail investors accounted for 42 per cent of total domestic transactions at the Nigerian equities market. The five-month report ended May 31, 2019 showed retail investors led the market in two months.

SPVs used attractive dividend policy to woo retail investors, who characteristically are usually excited by dividend-paying companies. Airtel Africa aims to distribute a minimum of 80 per cent of its consolidated free cash flow to its shareholders as cash dividend, subject to a ratio of net debt to underlying earnings before interest, tax, depreciation and amortization (EBITDA) of between 2.0 times to 2.5 times being maintained. Dividend distribution is also subject to all regulatory, statutory and monetary restrictions.

While the Nigerian offer was issued in Naira, Airtel Africa has avowed that the rights attaching to the shares allotted under the Nigerian offer shall be uniform in all respects and they will form a single class for all purposes, including with respect to voting and for all dividends and other distributions thereafter declared, made or paid on the ordinary share capital of the company.

Airtel Africa added that except as provided by the rights and restrictions attached to any class of shares, shareholders will under general law be entitled to participate in any surplus assets in a winding up in proportion to their shareholdings.