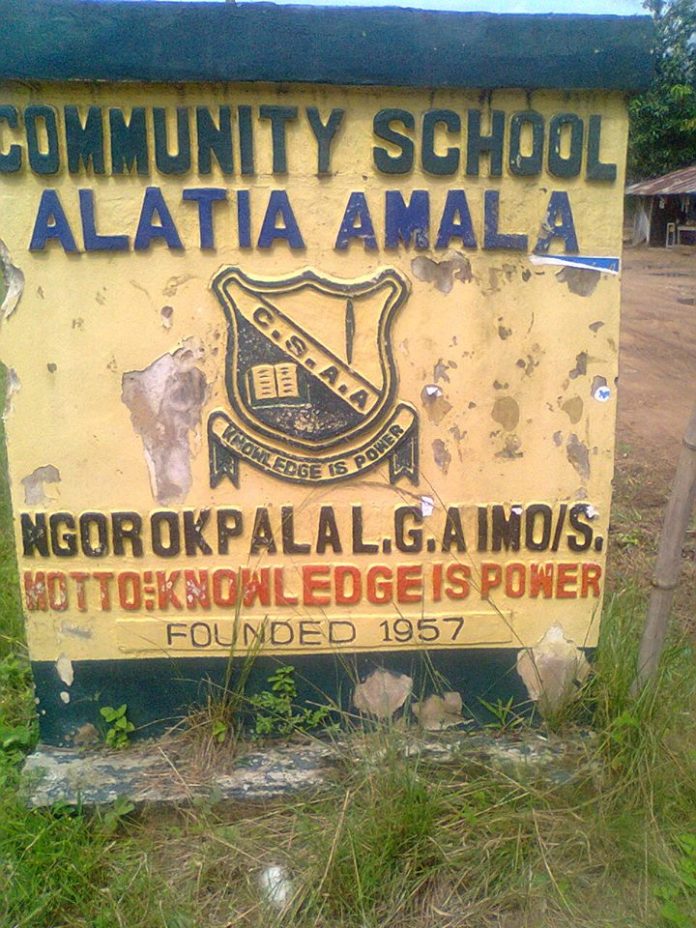 It was not until Engr. Okechukwu Chinomnso, the President General of ALATIA DEVELOPMENT AND EMPOWERMENT INITIATIVE, approached and briefed me about his Community, I never imagined or believed that a Community known as ALATIA exists in Imo State.

Engr. Chinomnso is my friend and brother. He lives in Port Harcourt, Rivers State but runs a Master’s Degree programme at the Imo State University. I knew him as an indigene of Ngor Okpala Local Government Area of Imo State but never knew the actual Community until recently.

Two weeks ago Engr. Okechukwu Chinomnso came to my house (here in Owerri) and for the first time since my relationship with him poured his heart and mind to me. He painfully and tearfully told me that his Community lacked Government (Federal, State and Local Government) presence. He continued, “We have no electricity, no water, no tarred road, no School, no Health Center, no police station, and no network, just nothing. I am from ALATIA, a Community in Ngor Okpala Local Government Area of Imo State. Honestly, I was shocked when I heard all these. To believe his story, I informed Engr. Chinomnso that I would like to visit his ALATIA to see with my own eyes, the State, condition and nature of the Community.

So on Tuesday the 27th of June 2017, Engr. Chinomnso and I embarked on the journey to ALATIA community in Ngor Okpala LGA. The Time was 10:30am. The journey was smooth until we got to UGWUANA Community in Ngor Okpala LGA. The road leading to UGWUANA Community from Owerri was tarred. The community after UGWUANA is ALATIA. We arrived ALATIA community at about 12.00 noon.

It pains me, it worries me and it disturbs me that ALATIA Community has been abandoned and perhaps forgotten. I have also wondered the kind and quality of House of Assembly Representatives which Ngor Okpala have been having since 1999, to the extent that ALATIA Community has been total neglected. It is equally shameful and indeed absurd that ALATIA is a part of Ngor Okpala LGA, yet somebody who represented Ngor Okpala/Aboh Mbaise Federal Constituency for 12 years and even held the position of Deputy Speaker of the House of Representative intentionally forgot about the Community, and refused to attract a single Federal Government Project to it. Somebody who is presently representing Ngor Okpala/Aboh Mbaise Federal Constituency is from Ngor Okpala LGA, and has so far refused to remember to attract projects to ALATIA Community.

In a bid to get to the root of the non-development in ALATIA Community, I pleaded with Engr. Okechukwu Chinomnso to take me to the palace of their traditional ruler. We were very lucky to meet the traditional ruler in his palace (also in shambles). He is His Royal Highness Eze B.O Uduhinwa, the ATIA of ALATIA Community, Ngor Okpala LGA, Imo State. The Royal Father received us well, as if he was waiting for us.

He thereafter narrated to us the history of ALATIA Community. The Community became autonomous in 2011, and the last Community in Ngor Okpala LGA, before one enters Rivers State through ETCHE LGA. It has a population of about 120,000 people and with an Area of about 3.2 Square Kilometers. His Royal Highness Eze B. O. Uduhinwa informed me that his Community had done everything humanly possible to attract development (amenities), but to no avail. For example, he said that the Community went as far as appealing to NEPA (POWER HOLDINGS, ENUGU ELECTICITY DISTRIBUTION COMPANY) at Enugu District to bring electricity to their Community but that they were requested to pay the sum of over N18million naira which they did not have and which has made the Enugu district of NEPA to reportedly default in their duty. However, Eze B. O. Uduhinwa confirmed that it was the government of Owelle Rochas Okorocha that has made   efforts to bring development to his Community, by awarding the contract and paying FULLY for the electrification of his Community. But according to him, the contractor only laid the poles and absconded, thereby leaving the electrification project uncompleted. The Traditional Ruler thereafter pleaded with me to use my contacts and influence to draw government’s attention to their plight in the Community, since those representing them at the various organs of government (House of Assembly, House of Representative, Senate and Political Appointees) have failed them woefully.

I was also taken to the Office of the Community Governing Council (CGC) but the place was under lock and key.

I visited the only school in the Community. It is a primary school that is completely and totally dilapidated. I was shocked. The name is Community School ALATIA. 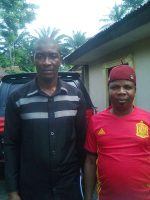 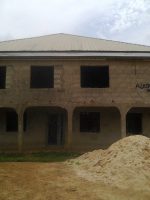 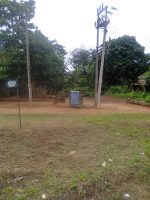 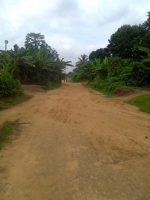 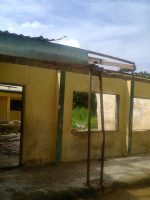 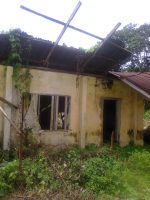 I returned back to Owerri the Imo State Capital very late in the evening on that same 27th of June 2017. I did go to bed immediately.  No. I quickly activated my contacts in the State Government, and poured my heart out, on the need to rush to ALATIA Community and see clearly the non-developed condition of the place. For obvious reasons, I will not use this platform to go in detail on what I discussed with the powers that be in the State government. But I was assured that the electrification of ALATIA Community and the building of a brand new Primary School would commence within the next few weeks.

Let me end this discourse by declaring that the easiest way to bring development to our Communities is through politics. Religious activities, farming, trade (commerce) and investment brings development as well, but politics is the easiest and fastest way to bring development to our various communities. Those representing our constituencies in various organs of government should be alive to their responsibility by ensuring that they attract projects of various kinds to their communities.

To the people of ALATIA Community, I appeal to them to stop crying. They should clean their eyes and stop shedding tears of government’s neglect. Almighty God has taken over their matter and in no distant time, results will start to manifest positively, in Jesus Mighty Name I Pray, AMEN.

I rest my pen.