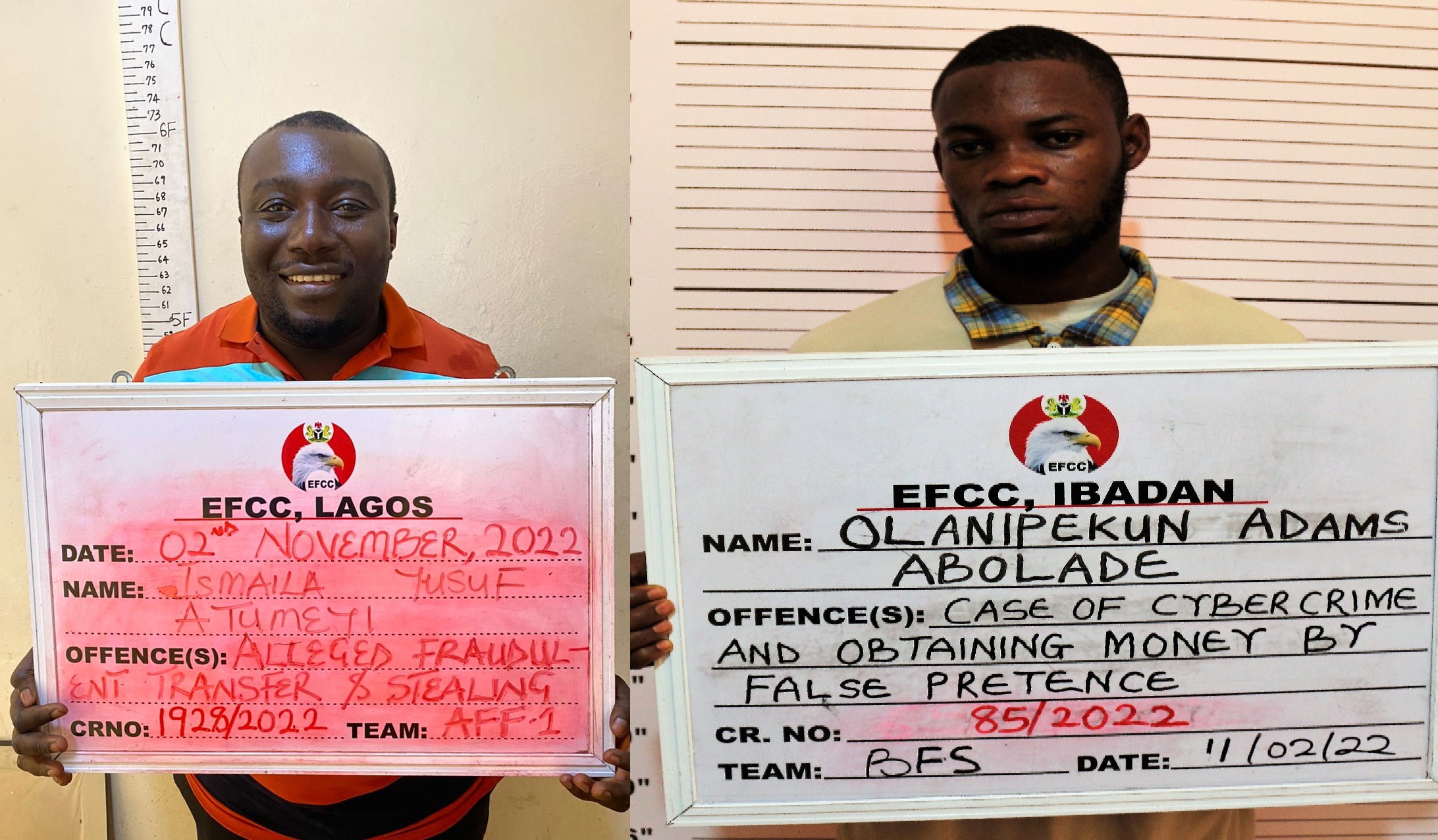 Justice T.G. Ringim of the Federal High Court sitting in Ikoyi, Lagos, on Tuesday, December 6, 2022, dismissed the bail application filed by Ismailia Yousouf Atumeyi and Ngene Joshua Dominic, who are both the first and second defendants in an alleged N1.4bn fraud trial.

Atumeyi, who is Kogi State House of Assembly candidate of the New Nigeria People’s Party (NNPP) for Ankpa 11 constituency, and Dominic were arraigned alongside Abdulmalik Salau, a former bank employee, on Monday, December 5, 2022 on an 18-count charge bordering on an alleged cybercrime and money laundering to the tune of N1.4bn.

One of the counts reads:  “That you, Ismaila Yousuf Atumeyi, Ngene Joshua Dominic and Abdulmalik Salau, between August and October, within the jurisdiction of this Honourable Court, conspired among yourselves to directly conceal the sum of  N1, 403, 343, 400.00( One Billion, Four Hundred and Three Million, Three Hundred and Forty-three Thousand, Four  Hundred Naira, ) in the account of FAV Oil and Gas Limited, which sum you reasonably ought to have known forms part of the proceeds of your unlawful activity and you thereby committed an offence contrary to Section 18( a) , 15 (2) of the Money Laundering Prohibition Act, 2011, as amended and punishable under Section 15(3) of the same Act.”

The defendants all pleaded “not guilty” to the charges preferred against them.

At the sitting yesterday, counsel to the first and second defendants, Bolaji Ayorinde, SAN, had told the court about a pending bail application for his clients filed on November 30, 2022.

He had also told the court about a counter-affidavit to the application by the prosecution, which was filed on December 5, 2022.

He had, however, prayed the court to grant his clients bail on liberal terms.

“No iota of evidence has been admitted against the first and second defendants. Having pleaded “not guilty” to the charges, they are constitutionally and legally under the presumption of innocence until otherwise determined by the court.

“In order to cooperate with an expeditious and speedy dispensation of the case, we are prepared to move the application for bail,” he had said.

In response, the prosecution counsel, Rotimi Oyedepo, SAN, had, however, told the court that Ayorinde had not replied to the counter-affidavit to the bail application.

“My Lord, failure, on the part of the counsel to the first and second defendants to reply to the counter-affidavit, is deemed as admission of the facts contained therein.

“In the very unlikely event that the court disagrees with our submissions, we pray your lordship to impose such conditions that will secure the attendance of the defendants, particularly the first and second defendants whose applications are being argued.”

After listening to both parties, Justice Ringim had adjourned to Tuesday, December 6, 2022(today) for ruling on the bail application.

Ruling on the application, Justice Ringim held that “I can’t close my eyes to the possibility of the first and second defendants jumping bail, if I were to admit them to bail.

“The probability is quite high, considering the depositions in paragraphs 8, 9 and 17 of the prosecution’s counter-affidavit.”

Justice Ringim, who described the defendants as flight risk”, further held that “ the application is hereby dismissed.”

During the proceedings, Babatunde Ogunwo, counsel to the third defendant, Abdulmalik Salau, sought to move the application for bail for his client.

A.O. Mohammed, who held the brief of Oyedepo, confirmed receipt of the bail application, and added that “The prosecution has filed a counter-affidavit.”

Justice Ringim held that he could not take the bail application of the third defendant today.

“I can take it on the next adjourned date…or you can approach a vacation judge and move the bail application,” the Judge further said.

The case was adjourned till January 24, 2023 for commencement of trial.