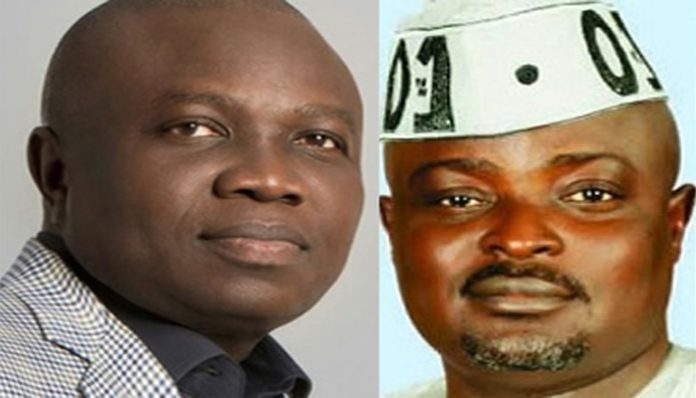 The Lagos State Governor, Mr Akinwunmi Ambode; the Speaker of the state House of Assembly, Rt. Hon. Mudashiru Obasa; and the member representing Agege State Constituency 2 in the state House of Assembly, Hon. Oluyinka Ogundimu; have been commended for their efforts in ensuring that the ongoing construction of the Pen Cinema Bridge becomes reality.

This was the consensus of people at the Constituency Stakeholders’ Meetings organised by the Lagos State House of Assembly which took place in Agege.

Leading the Agege people to the event, the Chairman of Agege Local Government, Honourable Ganiyu Kola Egunjobi said the people of Agege are delighted with the construction of the bridge which he noted, will not only ease traffic gridlock in the area but will also improve economic activities in the area.

“We must commend Governor Ambode for this achievement. Our Speaker, Rt. Hon. Mudashiru Obasa also deserves commendation as well as Honourable Oluyinka Ogundimu. The Pen Cinema Bridge came as a result of a motion passed by Obasa led House of Assembly and to the glory of God, Hon Ogundimu moved the motion for the construction of the bridge on the floor of the House. Both the Speaker and Hon Ogundimu are good representatives of Agege,” the Agege LG Chairman said.

Both Egunjobi and Babatunde agreed that the construction of the Pen Cinema Bridge, the already commissioned Abule Egba Bridge, several completed and ongoing road projects in Agege and other infrastructure are clear evidence the true representation of the people by their representatives.

They commended the state House of Assembly under the leadership of Rt. Hon. Obasa for initiating the Constituency Stakeholders Meeting noting that it has bridged communication gap between the people and their representatives.

Lagos stands with Tinubu on devolution of powers, federalism – Ambode