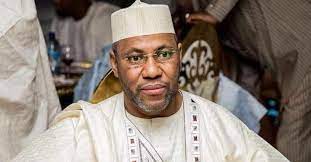 The All Progressives Congress (APC) in Katsina State is battling Senator Ahmed Babba-Kaita, a former APC member who defected to the Peoples Democratic Party (PDP), and representing Katsina North in the National Assembly, over allegation that the Katsina State government plans to disburse N1.1 billion of state funds to finance APC campaign for the 2023 general elections.

Kaita, who was elected on the platform of APC in 2019, but later defected to the PDP, at a campaign rally in Daura Local Government, alleged that the state government was planning to use over N1.1 billion public funds to campaign for the APC candidates.

The  APC State Vice Chairman, Alhaji Bala Musawa, on Friday refuted the allegation, saying: “it  is surprising to hear such from the Senator. Himself and the PDP governorship candidate, Sen. Yakubu Lado, had tasted government and they know what is possible.

“If it was someone else that made such an allegation, I won’t be surprised. Sen. Kaita was from our party. He became a member of the House of Representatives and later became a Senator.

“I was among those that facilitated for him to secure the APC senatorial ticket. We spent about three days in Daura to ensure his success under this government.

“During the primary election, how much did he come with when he was contesting that all these allegations can come from him? It’s surprising. I never thought he could make such an allegation.

“Whenever these issues are being discussed, as an APC member, we are expecting it was a mistake he made to leave the party, we are hoping he’s coming back. I think he still has the opportunity to reconcile.”

Musawa stated that Governor Aminu Masari had done a lot towards ensuring the success of Kaita, adding: “but, as a human being, he can make mistakes.

“If we are to start exposing things, I can remind him when he joined the party, how he contested, how he secured the ticket and which money was used for his election.”

Musawa urged Katia to respect his position, saying, “as a senator, he is expected to be talking in a mature way because he  represents 12 local governments.”

Over 10 passengers die in accident on Lagos-Ibadan expressway