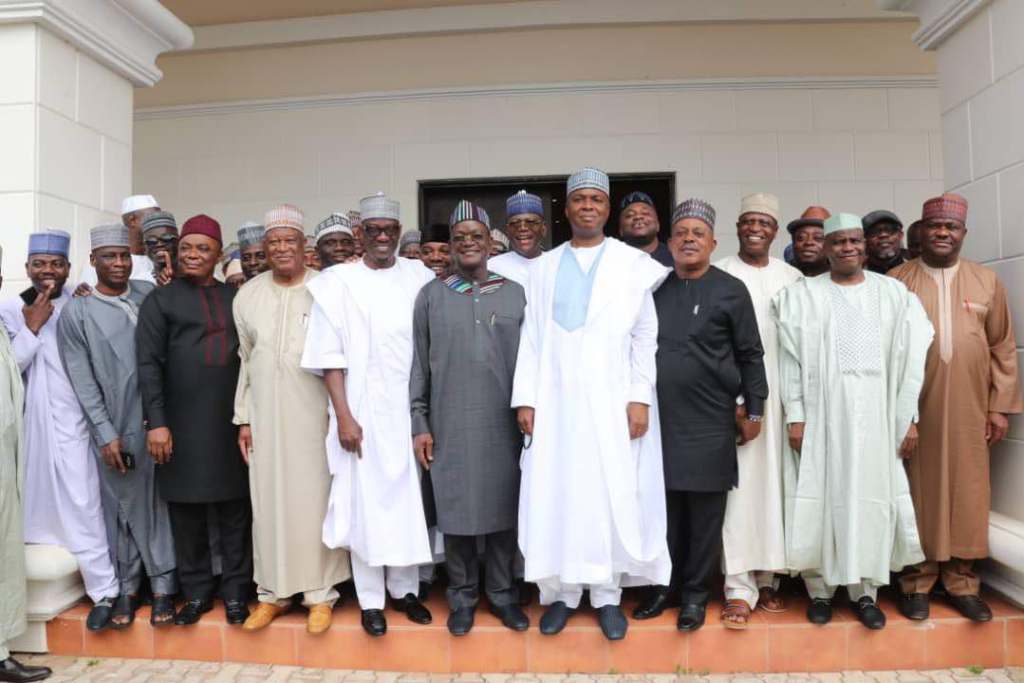 The National Chairman of the Peoples Democratic Party (PDP), Prince Uche Secondus has commenced overtures to members of the Reformed All Progressives Congress (R-APC) and other APC members, wooing them to cross over to the opposition PDP.

National Daily gathered that Secondus on Wednesday held a consultation meeting with some leaders of the R-APC in Ilorin, Kwara State.

They were said to have met at the Residence o the President of the Senate, Dr. Bukola Saraki, on Wednesday during the Fidau prayer for the late Aishat Baraje, the mother of Saraki ally and member of R-APC, Abubakar Kawu Baraje.

National Daily gathered that present at the meeting were Governor Aminu Tambuwal of Sokoto State, Governor Samuel Ortom of Benue State, Governor Abdulfatah Ahmed of Kwara State and Senator Barnabas Gemade, among others.

PDP leaders were gathered to have also gone to Sokoto to commiserate with Governor Tambuwal and the people of Sokoto State over the recent killings in Gandi, Rabah Local Government Area. The PDP leaders were led by the National Chairman, Secondus; in the delegation were former Vice President Atiku Abubakar and former Governor Attahiru Bafarawa of Sokoto State.

PDP leaders are believed to have intensified overtures and horse trading to the aggrieved   APC stakeholders to encourage them to abandon the ruling party and join force with the Opposition Party. There is the innuendo that several APC members, who include some governors and lawmakers at the federal and state levels may dump the ruling party soon.

Governor Ortom on Monday declared he has been given “red card” by the APC, and he is on his way out of the ruling party.

Meanwhile, APC National Chairman, Adams Oshiomhole, has intensified efforts for reconciliation in the ruling party; while President Muhammadu Buhari has expanded the appointment space to get more APC members involved in government and persuade them to keep faith with the party. Different forms of simulations are going on in the two dominant political parties towards 2019 general elections.