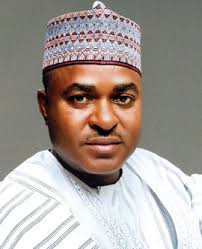 A coalition of 14 progressive forums from the North Central states and the FCT, has endorsed former Governor of Bauchi State, Dr Isa Yuguda, as the its Chairmanship candidate ahead of the All Progressive Congress (APC) National Convention, scheduled for March 26.

The group, under the umbrella North Central Progressive Group, disclosed this in a statement by its Secretary, Mr Maxwell Ode, in Abuja on Tuesday.

The group said its decision to endorse Yuguda was based on an empirical analysis of the position of the party and the task of winning the 2023 general elections.

It noted that the APC at the moment needed a charismatic progressive leadership that understands internal and external democracy to reposition the APC into one big united family capable of attracting new followership ahead of the general elections.

“These qualities are found in Yuguda that has both distinguished himself as a professional progressive with years of experience.

“We therefore call on all other progressive forums in the remaining five geopolitical zones to endorse Yuguda as the ideal chairmanship candidate for the convention.”

The group said that in the coming days and weeks before the convention, they would be leveraging on the relationships that we have within other geopolitical zones to galvanize support for his victory at the convention.

The group, however, appealed to the leadership of APC to do every thing possible to address all grey areas to make the proposed March 26 convention a reality.

FG to collaborate with Republic of Korea in tackling unemployment

Why we prioritise infrastructure development—Buhari