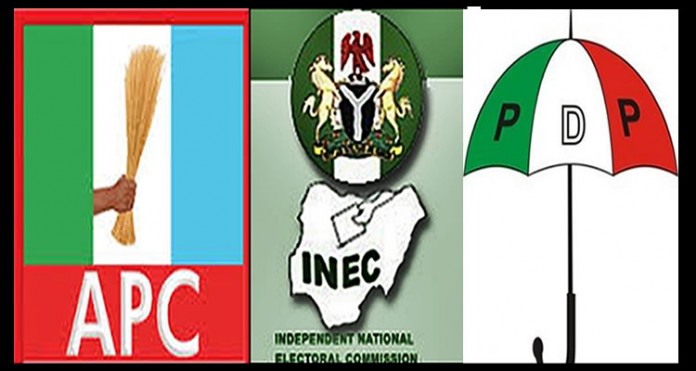 Wechie, in a media interaction with National Daily, narrated that the preparations for the legislative rerun elections were in top gear when violence erupted in certain parts of the state. He noted that the Independent National Election Commission (INEC) successfully took delivery as well as distributed sensitive materials to the various areas the elections were to hold. The State Resident Electoral Commissioner (REC), Mr. Aniedi Ikoiwak, made statements, assuring the people of a level playing field for all parties, he added.

Wechie remarked that there were, however, several concerns on the entire process. “The first is that the Peoples Democratic Party (PDP) has alleged that the INEC ad hoc staff list is made up of known card carrying members of the All Progressives Congress (APC), particularly, those who are lectures of the University of Port Harcourt,” he declared. He noted that issue was not cleared by INEC.

Wechie further said that various security agencies were deployed to Rivers State in their thousands in preparation for the rerun. The Police, he said, deployed 6,000; Army 8,000 and the Department of Security Service (DSS) 3,000, thousand, beside others.

“It is also curious that the Army were invading several individuals’ homes in the state and arresting many others just few days and hours to the elections,” Wechie declared.

He revealed that one Soboma Jackrich, who is the current Caretaker Chairman of Akuku Toru Local Government Area in Rivers State, was declared wanted after attempts to arrest him failed.

Governor Nyesom Wike was observed to have during a live radio program on Silverbirds, Rhythm 93.7 FM in Port Harcourt, hinted that some men came to arrest the State PDP Chairman, Bro Felix Obuah.

“Interestingly, all those who have so far been arrested and declared wanted by either the Army or Police are PDP members,” Wechie lamented.

The Activist further said that an unconfirmed report had it that some persons were arrested in Rumuji in Emohua Local Government Area by the Police Special Squad with several fake Police uniform but the Inspector General of Police, Solomon Arase, ordered their release.

“There was serious tension in the state. The former governor and Transportation Minister, Rotimi Amaechi, had insisted that the military must be on ground to ensure security. He continued to campaign that he will deploy the army for the election and that the election must be free and fair,” Wechie said.

However, military presence was common feature in virtually all the elections conducted during the PDP government. Apparently, security presence at elections is not strange; though their neutrality could be questionable.

Wechie, however, bemoaned that Rivers State was heavily militarized as armed uniformed men took over the streets of Port Harcourt, particularly, the Port Harcourt – Aba Road area where the INEC office is located.

It is an irony that the Saturday rerun elections ended inconclusive. Elections were said to be suspended in some local governments.

The re-run elections were to be conducted in two senatorial districts, 12 seats into the House of Representatives, and 22 seats in the Rivers House of Assembly. Elections were to take place in 23 local government areas, 319 wards, and 4,442 polling units.

Violence spill into Election Day in the state; the State Commissioner for Water Resources, Ibibia Walter, was kidnapped by unknown gunmen on his way to Okrika for the re-run elections. Walter is also the Rivers State Secretary for the Peoples Democratic Party (PDP).

More so, Kenneth Kobani, Secretary to the State Government (SSG), was reported arrested by the Army for allegedly stalling the distribution of electoral materials.