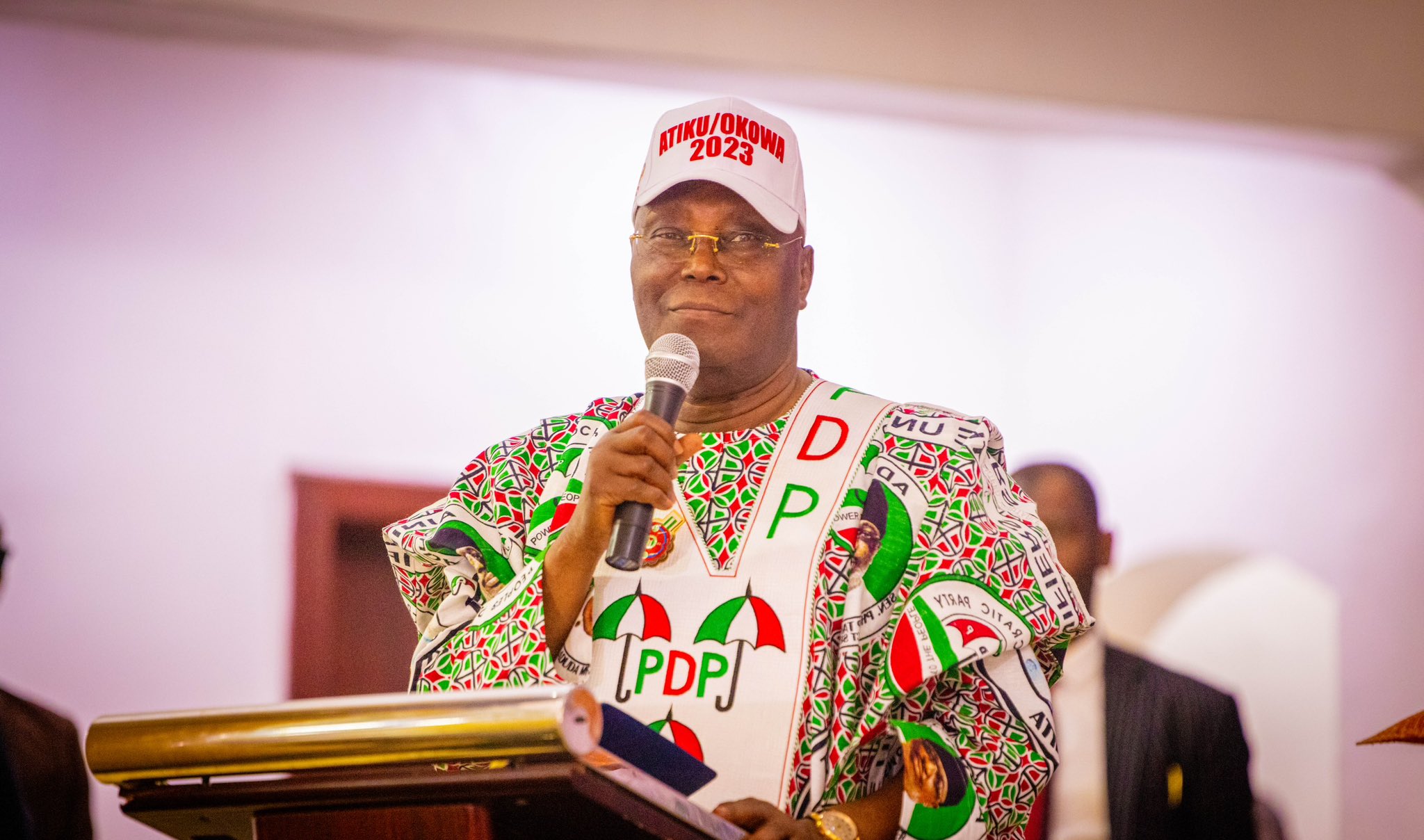 The presidential candidate of the Peoples Democratic Party (PDP),  former Vice President Atiku Abubakar, expressing concern over the recent attack on a train station in Igueben LGA of Edo State during which an undetermined number of people were kidnapped by armed men, said that the incident reminded of the urgent need to reform the security architecture of Nigeria, adopt state police and community policing to better safeguard the lives and properties of citizens.

Atiku in a statement on Sunday noted that the unfortunate incident “is the latest in a long condemnable line of security breaches previously unseen in our national history.”

While condoling with victims of the attack and their families, the PDP presidential contestant said, “the thoughts of my family and I are with the abducted and their families as we pray for their safe return.”

Atiku declared, “while we pray, it is important to also point out that this serves as the latest reminder on the urgent need to reform our security architecture to better safeguard the lives and properties of the Nigerian citizens.”

The former Vice President enunciated means through which national security could be enhanced to include, amending the constitution to allow for state and community policing as a first line of security.

He also noted that the security apparatus must pay a greater premium to intelligence gathering and crime prevention than the current reactive approach.

“It is unacceptable for terrorists to plan attacks of this nature, mobilize arms and ammunition, secure funding and move large numbers of people across large spaces without detection by the security agencies,” he said.

He noted the use of technology towards tracking these terrorists and degrading their existing capacity to attack our people across the country.”

Furthermore, the PDP presidential candidate advocated “applying diplomatic pressures needed to stem the free flow of light arms and assault weapons across the West African sub-region and through our borders.

“By doing this we will severely restrict the capacity for terrorists to re-arm themselves to execute attacks.”

Atiku said these policy proposals should be followed by “greatly reducing the numbers of out of school children on our streets and improving the economy to create jobs for vast numbers of unemployed Nigerians, thereby reducing the pool from which these terrorists recruit people for their nefarious activities.”

According to him, “I believe these actions will go a long way towards reducing incidents of insecurity and providing the secure environment needed for economic growth.”

He noted that he shall commit to implementing these initiatives if Nigerians trust him with their mandate and elect him as president at the election next month.

Parents cry out over high school fees in Ibadan