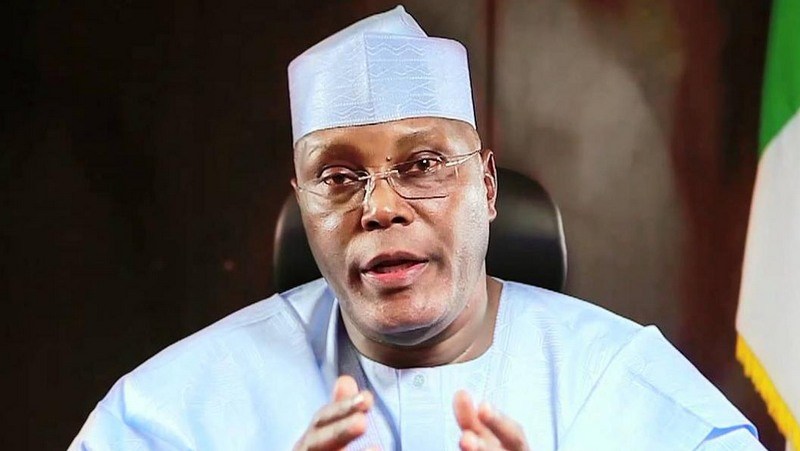 Share this on WhatsApp
Spread the love
Alhaji Atiku Abubakar has said Boko Haram was formed by youths abandoned by politicians.
The PDP presidential candidate stated this in a chat with The Africa Report while speaking on how he’ll counter the sect.
“I happen to know how Boko Haram came into being. They were offshoots of political thuggery. Politicians used those boys in Boko Haram to win elections and then abandoned them and then there were no jobs for them.
“It was the same thing with the Niger Delta. In 1998, I saw it myself and I warned people.
“It’s going to be a multifaceted approach. It will involve negotiations. It will involve military action”, he said.
On the incessant herders/farmers clashes and cattle-rustling, Atiku declared that grazing reserves was the solution.
“In each province in the north, we used to have a grazing reserve. During the season, the cattle are in the reserves.
“When it is off-­season when farmers would have cultivated all their crops, then the cattle move out to the areas where the farmers have cultivated, allowing the grass in the grazing reserves to grow. These grazing reserves have been abandoned over the years.”
On the fate of the leader of the Indigenous People of Biafra (IPOB) Nnamdi Kanu and former National Security Adviser, Sambo Dasuki, Atiku noted that the rule of law must be respected.
His words: “I don’t want to be individualistic on this issue. I reject any illegal detention, any detention that is not based on rule law and order.
“Dasuki is being detained il­legally. It is only a court that will say whether he is guilty or not.”
On calls for secession by some South-East, Atiku hinted on “a conference to discuss reconstruction”
“I don’t think there is any part of this country that wants to leave this country. All they want is fairness, equity, and justice”, he added.
Share this on WhatsApp
Related Topics:Alhaji Atiku Abubakarboko-haramNnamdi KanuSambo Dasuki
Up Next

Atiku/Obi Ticket: Ndigbo not decided who to vote in 2019 – Ohanaeze Youths: