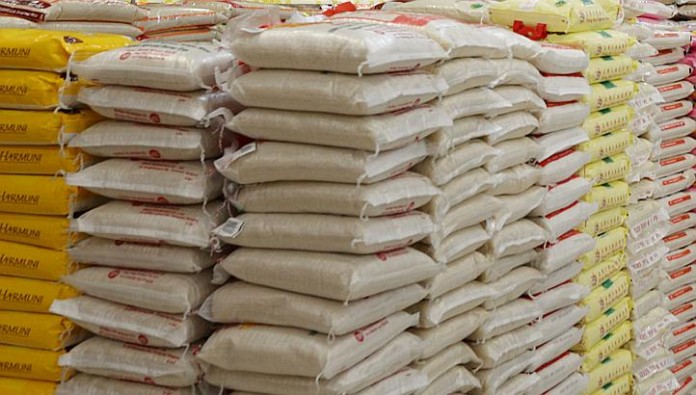 Minister of State for Agriculture and Rural Development, Heineken Lokopobiri has predicted that the price of rice would rise to N40, 000 by December unless Nigeria starts producing it.

He stated this while on a visit to some farmers in Yenegoa, Bayelsa State. According to him, Nigeria currently spends about $22 billion a year importing food into Nigeria, and with the declining value of the naira against the dollar, prices of imported foods continue to rise.

“Price of rice was N12, 000 some months ago, but it is now about N26, 000 and if we don’t start producing, by December, it could be N40, 000. Rice matures in three months. So, this is a wake-up call for Bayelsa people to take the four farms we have seriously. The Federal Government has four farms in the state. The average land you see in Bayelsa can grow rice, so the colonial masters were not wrong in their assessment when they said Niger Delta could feed not only Nigerians but also the entire people of West African sub-region.”

He said Anambra State, for instance, was not owing salaries despite the fact that it does not have oil but was raking in money by merely exporting vegetables.

The minister, who decried the destruction of the region’s resources by militants, said agriculture was one sure way of discouraging militancy.

Lokpobiri said, “And the only way we can take our people out of militancy is actually through agriculture and this is also an opportunity to tell our people that the most important resources to any man are land and water resources.