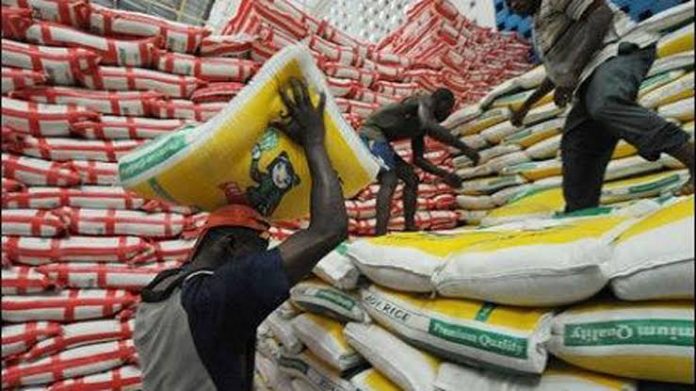 Latest survey has revealed that the price of local rice has reduced significantly across major markets in Lagos as new brands of locally made rice were sighted in various markets.

Bags of locally-made rice now sell for an average of N19,250 compared to the initial average of N20,750.

A 10kg bag of Mama Gold rice and Rice Master reduced to a uniform price of N3,500 compared to an initial average of N4,000 and N4,250 respectively.

Among the items that witnessed increase in their prices are yam, locally made groundnut oil, tomatoes and onions among others.

A basket of round shaped tomatoes that enjoyed consistent price reductions in recent weeks witnessed relative price increase as a big basket now sells for an average of N6,500 compared to an initial average of N6,000, representing 8.33% increase.

A medium-sized basket of tomatoes currently sells for N3,800 compared to an initial N3,500 in January.

Another item that recorded increase in price, despite a run of consistent decrease is onion. A big bag of dry onions currently sells for N22,000 from an initial N20,000. It increased by 10% within two weeks.

A rice seller at Daleko market praised the producers of locally made rice, as the volume of stony rice in the various markets has reduced drastically, while also producing rice that could measure up with foreign-made rice in terms of quality.

Some of the new brands of locally made rice sighted in the markets include Famous Rice, Our Rice, JGW New-World Rice and Al-flux Rice, all of which sell within the range of N18,000 and N19,000 while Mai-Nasari rice cost an average of N16,000.