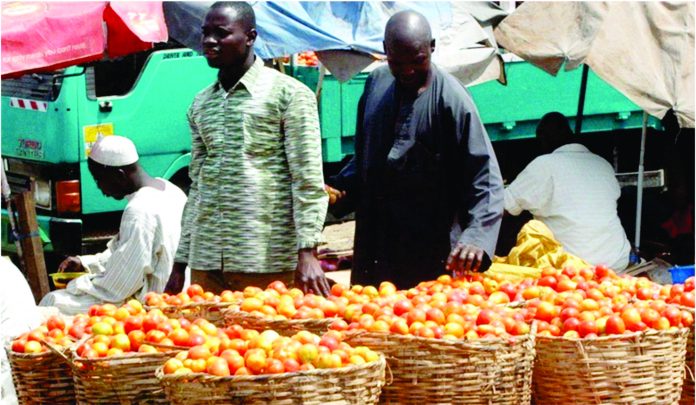 Prices of rice, chicken, turkey, tomatoes and other items has jumped in the last two weeks following the partial closure of Seme border between Nigeria and Benin Republic.

Findings to establish what factors led to the sudden upsurge in prices of these items attributed them to the closure of the Nigeria-Benin border and the purported food importation ban by the federal government.

The price of tomatoes, which was expected to reduce this week, significantly increased which calls for worry amongst the Nigerian populace.

A bag of Mama Gold rice (50kg) which was sold initially for N14, 875 is now sold for an average of N17, 750. The same goes for other imported rice such as Royal Stallion and Caprice as the items recorded a 19.3% increase in price.

A basket of tomatoes that had recorded a consistent reduction in price over the past two months also witnessed a massive 83.3% increase. At the moment, the price of a big basket of round shaped tomatoes which sold for N6, 000 two weeks ago now sells for N11, 000.

Items such as bags of beans, tubers of yam, palm oil (25 litres), vegetable oil (5 litres), plantains, witnessed a decrease in price over the past two weeks.

The price of yams also witnessed consistent reduction as a big-sized tuber, which was sold for an average of N1, 075, now sells for N863. On the other hand, a medium-sized tuber of yam now sells for N650 compared to its initial N700.

A bag of imported garri, known as Cotonou white garri, is sold for an average of N10, 000 in Lagos Markets. White beans generically referred to as “Partisipay” is sold for N18,000 per bag in Mile 12 market.

A trader known as Mr. John stated that the government should revisit the ban on the importation of foodstuffs into the country, as many other sellers of locally made items are leveraging on the ban to increase the prices of home-grown goods.

He also pleaded with the government to make locally-made rice available, as the supposed alternative to imported rice is on the high side in terms of price.