THE recent implementation of the Treasury Single Account (TSA) is beginning to impact negatively on deposit money banks as they record sharp drop in customer deposits amounting to trillions of naira.
This has significantly impacted negatively on some banks profit in the third quarter financial reports which have shown dismal numbers.
Investigations from National Daily showed that Diamond Bank, Unity Bank, Wema Bank Plc and First Bank of Nigeria Holdings Plc all recorded decline in profit  and customers’ deposits in the period under review.
Unaudited accounts for the nine months period ended September 30, 2015, showed significant decline in customers’ deposits among the nine banks that have released their results.
Further investigations indicate that, Unity Bank customers deposits dropped by N23.99 billion or nine per cent from N272.8 billion to N248.8 billion in nine months of 2015.
Diamond Bank Plc and Union Bank Plc recorded a decline of N226.9 billion and N719 million to N1.3 trillion and N526.9 billion from N1.49 trillion and N527.6 billion respectively.
Diamond had reported a weakness in deposits with about seven per cent lost to TSA since the implementation in September 15.
FBN Holdings customers deposits dropped by N51.3 billion or two per cent from N3.05 trillion as at December 2014 as against N2.9 trillion while Skye Bank Plc recorded N121.38 billion or 13 per cent decline from N952 billion to N830.9 billion.
Also, on the weak customers deposits are Zenith Bank that recorded N15.48 billion or one per cent decline in customers’ deposits to N2.5 trillion in nine months of 2015.
Others are GTBank that dropped N15.69 billion or one per cent from N1.65 trillion to N1.6 trillion while Wema Bank shows its customers deposits moving from N258.96 billion to N221.7 billion, representing N37 billion or 14 per cent decline in customers’ deposits in nine months of 2015.
Sterling Bank’s deposits dropped by N73 billion or 11 per cent to N582.6 billion as at September from N655.9 billion as at December 2014.
The Chief Executive Officer, Financial Derivatives Company, Bismarck Rewane, said: “We expect an initial paralysis in the market and a disruption of operations of some of the banks, but they would overcome that.”
He said the CBN could reduce the size of the Cash Reserve Requirement (CRR) commercial lenders are expected to keep and inject some liquidity into the banking system to minimize the impact of the new accounting policy.
The CRR, which is the amount the CBN requires banks to set aside, is currently 25 per cent for both public and private sector deposits.
Data from the CBN indicate that as at end of June, 2015 total deposits in the financial system was N13.5 trillion.
Analysis of this show that the private sector accounts for 90.7 per cent (N12.2trillion) of total deposits, while public sector funds accounts for 9.3 per cent (N1.3trillion) which will be lost to TSA. 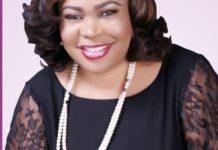