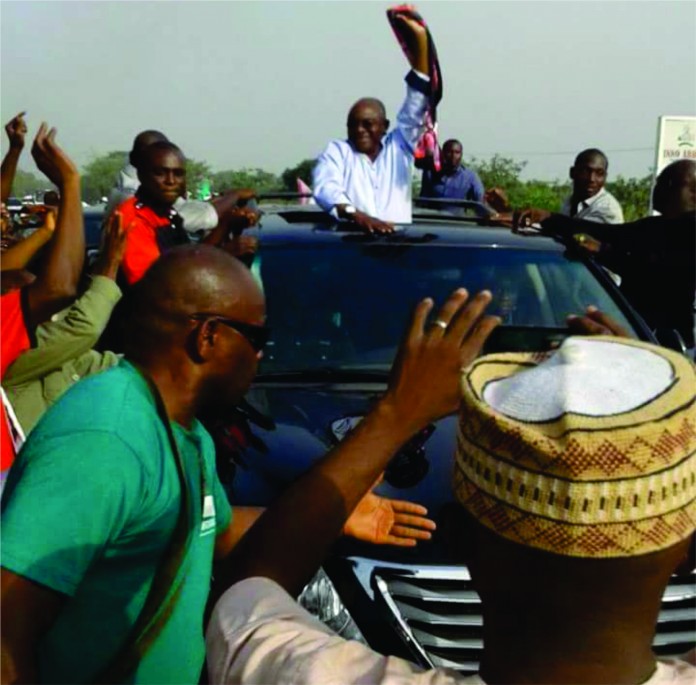 Mark polled a total of 84, 192 while his main challenger, Daniel Onjeh had 71, 621 votes. Mark won in five local government areas while Onjeh won in four. The result was declared by Prof.Ishaku Enigi.

Reaction over the victory sen. David Mark thanked and commended the people of the zone for keeping faith with him. He promised to do everything to replenished them for the gesture done him.

On his part leader of opposition in the zone, Alhaji usman Abubakar, aka, young Alhaji said at last the idoma nation has proven it worth. Thanking them for their magnanimity, he urged them to begin to shop for a credible idoma son that will replace Sen. Mark come 2019.