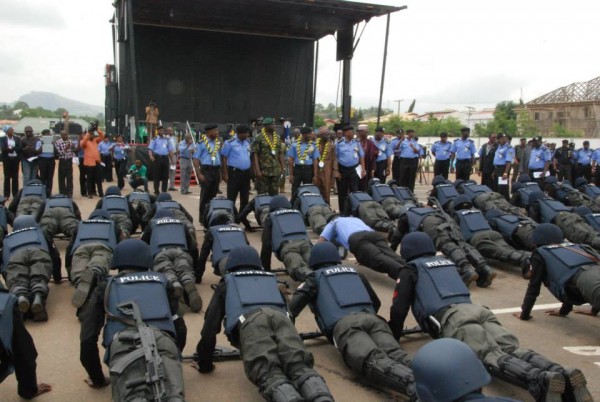 The Assistant Inspector General of Police in charge of Zone 5, Benin,Musa Daura has attributed the increase in cultism, kidnapping and other violent crimes to proliferation of arms in the country.

He has therefore directed all Commissioners of Police, Area Commanders and Divisional Police Officers in the zone to map out strategies to reduce the incidences of arms in the hands of unauthorised persons.

The AIG made the disclosure during an interaction with the Divisonal Police Officers and Senior Police Officers of “A” Division in  Warri and directed the officers to monitor and if necessary apprehend blacksmith factories which served as the source of cut to size guns.

He noted that the the increasing cases of cultism, kidnappings and other violent crimes in Warri and environs to the proliferation of firearms which must  be promptly tackled to reduce crimes in the state.

AIG Daura, who was flanked by the Area Commander, Warri, ACP Muazu Mohammed, warned the officers against corruption and extra judicial killings of innocent people noting any one caught would be dealt with.

He stressed the need for the police officers to have synergy with other security agencies, stakeholders and other relevant organisations in sharing of intelligence that would help them reduce crime rate in their jurisdiction.

The AIG shower praised the Area Commander, Warri, ACP Muazu Mohammed and the DPOs under him acknowledging that they were doing a good job but urged them not to relent.

“I am impressed. You are doing a better job but you have to be on your toes and ensure you bring crime to its barest minimum”, he added.

The Area Commander, Warri, ACP Muazu Mohammed had commended the AIG for the visit adding that it would enable him have first hand knowledge about activities on ground.

He assured that his command would redouble its efforts to ensure that crime rate is reduced to the barest minimum in the area.