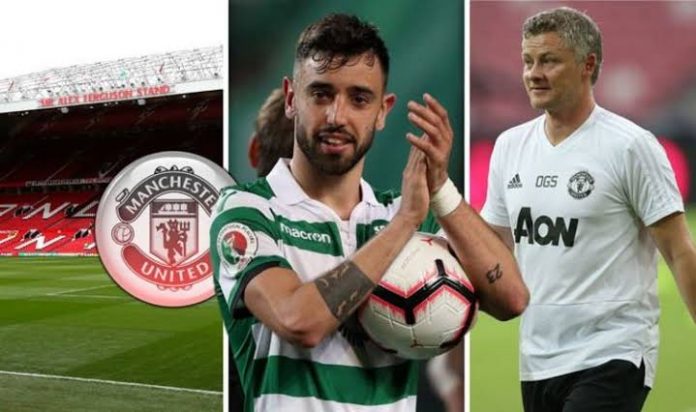 It has been revealed to National Daily that Manchester United are in agreement with Sporting CP regarding the much reported transfer of Bruno Fernandes.

The Portuguese midfielder has been linked to United all summer.

National Daily gathered fromFootballinsider247 that the two clubs have now reached a total agreement on his transfer fee.

And if the reports as gathered are anything concrete, it therefore means that the 24-year-old should be cleared for a move to England.

According to the source, Sporting CP have accepted United’s offer of roughly £60 million for the player.

To this end, Fernandes could likely join the likes of Paulo Dybala and Harry Maguire who similarly have also been heavily linked with big money moves to Old Trafford.