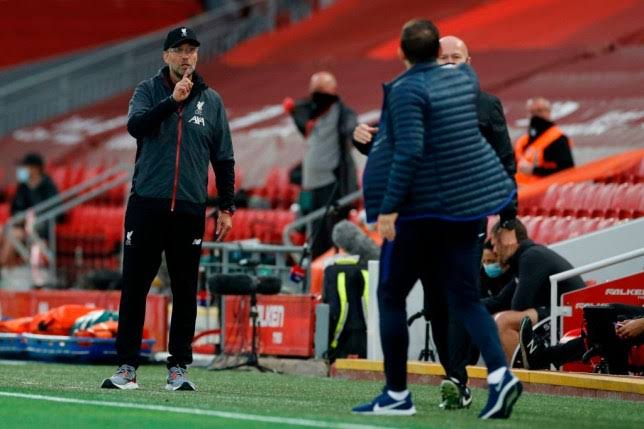 The management of Chelsea Football Club has opened up on the decision not to punish its coach, Frank Lampard after a face-off with Liverpool’s head coach, Klop, for his action on the touchline against Liverpool on Wednesday after a 5-3 defeat by the premiership champion.

After the game, footage emerged showing Lampard and Reds boss in a heated argument. Lampard repeatedly told Klopp and his staff to “f**k off”.

The confrontation arose following a foul by Mateo Kovacic, which led to Liverpool’s second goal. The match officials quickly stepped in to diffuse the situation between the two managers. After the game, Lampard accused Liverpool of being “arrogant”.

However, Chelsea have chosen not to punish the former England midfielder for his behaviour.