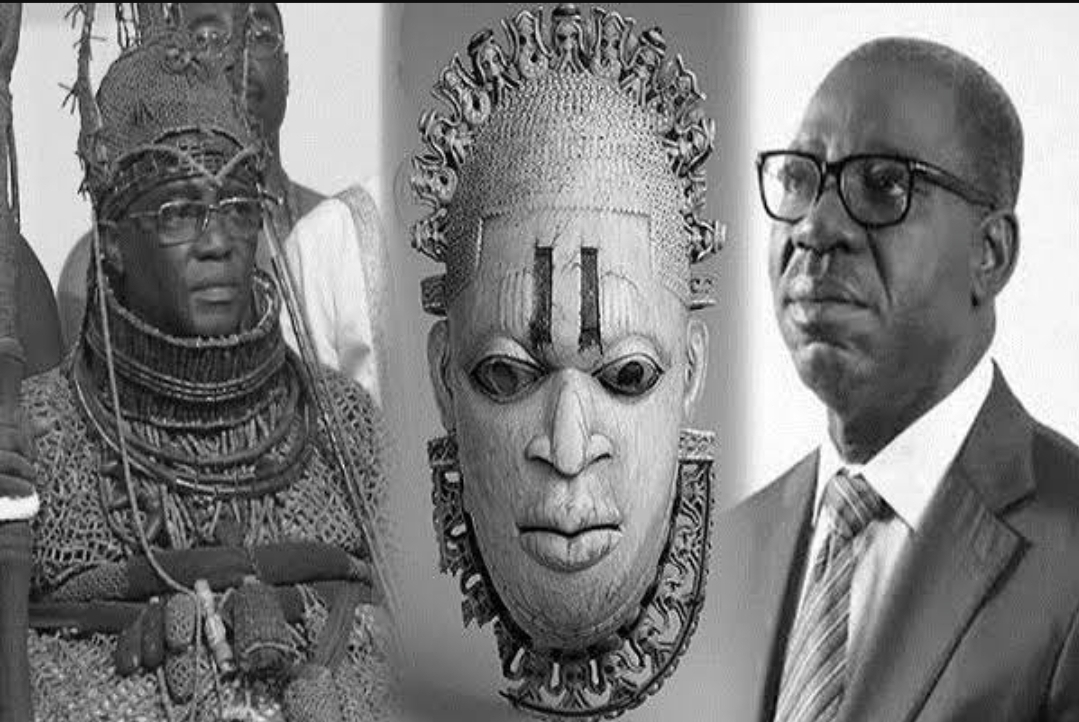 The recent arraignment and subsequent remanding to the Correctional Center of the Benin Traditional Council’s Secretary, Frank Irabor, is yet another validation of the belief held in many quarters about a game-plan by the political authority in Edo State to weaken and humiliate the traditional institution, the symbol of the cultural identity of the Edo people.

On Thursday, Justice Mary Itsueli of Edo State High Court sitting in Benin City ordered that Frank Irabor and six others be remanded at the correctional facility pending the receipt of legal advice by the Director of Public Prosecution (DPP).

By the police charge sheet, it would, on the surface, appear the accused were being prosecuted based on a petition by a community over alleged destruction of their property.

Arguably, in a sane society, nobody would celebrate a demolition of a lifetime investment, irrespective of whose ox is gored. However, it is impossible to track the sequent of events and the obvious intransigence of a party in the dispute and not come away with the impression that there is more to the arrest, trial and remand of the palace spokesman and chiefs, than meets the eye.

Facts already in the public domain clearly establishes a case of trespass on a traditional ground in Bini custom. The alleged trespassers were said to have repeatedly rebuff entreaties to come for dialogue with a view to arriving at a mutually acceptable resolution. The question then: were they been goaded by the powerful figures not to enter into a negotiation to settle the matter?

With the dramatic turn of events in Benin City this week, it became clear that the petition written by the community provided a perfect alibi for mischief by those who have continued to nurse grudges against the Oba for his frank views to political actors in the state during the 2020 governorship contest.

Matters appear to have been worsened by the insistence by the Palace that the repatriated artefacts looted from the Benin Kingdom in 1897 be returned to the custody of the Palace and not an emergency body set up by Governor Godwin Obaseki. Irabor and the chiefs are certainly the agents of the Palace and, by inference, Oba Ewuare II.

Like the adage in local Benin parlance would say, “Okpodoghon mie eke na giasen yoguega” (A drooling soothsayer whose saliva overflows regularly outside of his mouth unintentionally needs no support when performing some incantation during an interdiction with his divinity objects).

The unnecessary disputation over the who should take custody of the returned artefacts and the latest veiled assault on the Palace in form of arrest of the Oba’s agent and chiefs are undoubtedly a sad a reminder of the memory of betrayer against the Benin throne. The saddest thing about betrayals is that it never comes from suspected enemies.

Many people know the story of the British punitive action of 1897 that razed the powerful and prosperous Benin Kingdom to the ground, looted its palace, killed an untold number, and sent Oba Ovonramwen into exile to Calabar, where he finally died.

A certain Agho Obaseki who was a palace Chief to Oba Ovoramwen N’ Gbasi was reported to have orchestrated the ills and stood against the Palace of the Benin Monarch.

What many don’t know is the role Agho Ogbeide (later Obaseki) played by helping the British administer Benin in the Oba’s absence. Yet, Agho was a friend and business associate to Oba Ovonramwen from when he was crown prince.

When he ascended the throne, Ovonramwen created an influential chieftaincy title for his friend: the Obaseki of Benin.
It was learned that Ovonramwen also married his daughter to Obaseki and gifted him 100 slaves.
But when the British struck and exiled Ovonramwen, Obaseki turned his back on his friend, teamed up with the invaders, and acted as Oba of Benin between 1897 and 1914 as the paramount chief in Benin.

Fast forward to 100+ years later. Lo, history is repeating itself!
Expectedly, observers and Benin interest groups have launched fierce attacks against Godwin Obaseki, pointedly accusing of being the mastermind of the BTC secretary.

Said one of them: “I would have been the first to openly commend Edo State governor, Godwin Obaseki for ordering the arrest of the Secretary to the Benin Traditional Council and other palace chiefs over the alleged demolition of a completed building purportedly built on the land of our great Oba in a Gestapo police style without recourse to the legal process, but for the fact that the same government has kept quiet since Edo People have been crying and protesting against the same act of land grabbing and demolition of already built houses being committed by the When of Okhoromi and others.

It is clear Obaseki has suddenly woken up and wants to use this incident to attack and humiliate the Oba. The governor by this has acted in bad faith, he has displayed seething hatred and bitterness toward the palace.

This is the same governor who demolished the hotel of Tony Kabaka, the house of Dr. Pius Odubu, and others even when the cases were already in Court.”
Said another Benin elder: “Truly, this is executive hypocrisy and rascality and a demonstration of the selective justice style of the governor. This in my view is an attempt to intimidate and punish the Benin Palace over the issue of the Benin Artefacts. The governor must be called to order immediately before he ridicules the well-dreaded palace. It is unfortunate.”

Another indigene of Benin City based in Abuja narrated a rather instructive experience: “I was with a top ranking politician on Sunday here in Abuja. He made it clear that Obaseki has to use every opportunity to humiliate and ‘deal with the Oba’ for not supporting him for the second term and for opposing his takeover of the repatriated Benin Royal Artefacts. This politician is not a Benin man. When he was telling me, I felt sad”.
Judging by the recent remarks, one would expect that action against land grabbers would have been preferred particularly the one against the Ohen of Okhoromi who demolished buildings unauthorized.

Several petitions had been written against him without proportional response on the part of the Governor. What double standard! Today, the Ohen walks freely without restraint even as he has rendered others homeless. Rather, the Governor and his fawning sycophants around the corridor of power look the other way.

Well, some have suggested the need to revisit history and draw consolation from the revelation of how a former military administrator ended after similarly attempting to humiliate the Benin throne. Time will indeed tell.