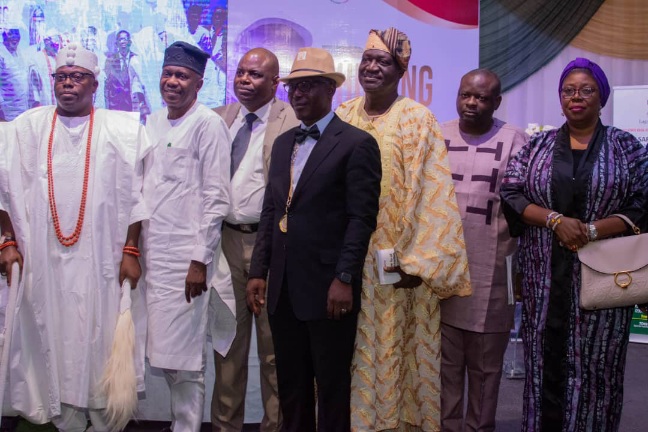 Building collapse: Lagos govt. vows to crack down on fraudulent developers
Share this on WhatsApp
Spread the love

The Lagos State government on Wednesday vowed to crack down on fraudulent property developers and agents, and bring to book those responsible for reported cases of building collapse.

Mrs Toke Benson-Awoyinka, Special Adviser to Lagos State governor on Housing, said this while delivering a keynote address at the 31st Lagos Builders’ Conference of the Nigerian Institute of Building with the theme: ‘The Shifting Landscape: Redefining The Real Estate Industry’ held in Lagos.

Benson-Awoyinka said the good reputation of the real estate industry in the state must be sustained despite the incidences of building collapse, fraudulent and unprofessional practices in the real estate market.

She said the ultimate goal of the state government was to create a conducive environment through a reliable and effective regulatory system.

She said this was to ensure that all players in the built sector complied with established standards and code of conduct at both State and Local Government levels.

“I must acknowledge and make reference to several reported cases of building collapse in the state and series of fraudulent cases of property developers and agents defrauding prospective tenants.

“These trends are unprofessional in the real estate industry and we are determined to uncover the roots of these happenings and bring the culprits to book.

“To eradicate these malpractices in the real estate sector in Lagos, all hands must be on deck,” she said.

According to her, the economic growth and development of any nation or state can be redefined by the success of the real estate industry that complies with global best practices.

Benson-Awoyinka explained that Lagos, being home to 22 million people, witnessed a continuous rise in migration and demand for property from citizens home and abroad.

She noted that this had led to an increase in demand for accommodation, property investors, and homeownership in Lagos State, hence the need for real estate practitioners to rise to the challenge and invest in the sector.

“With the establishment of the Lagos State Real Estate Regulatory Authority (LASRERA), every viable investment in the Lagos State real estate sector will be guaranteed a good return.

“This aligns with the agency’s commitment to reinstate investors’ confidence in the built sector.

Lawal called for the creation of employment for indegenous youths of Lagos State through training in bricklaying, painting, tiling, among others.

“Most of the artisans in Lagos are from the border countries, that was why the Lagos State Ministry of Housing initiated the Master Craft Project to train artisans to upgrade their skills.

“The Federal Government has built a Vocational Skill Centre for us at Iru land and we wish to open the centre to NIOB and CORBON to train our youths.

“We cannot continue importing youths to Eti-Osa Local Government Area while our own youths are jobless,” he said.

According to him, traditional rulers would continue to support and collaborate with stakeholders in the built environment to develop the housing sector.

Mr Lucky Isename, Chairman, NIOB, Lagos State Chapter, said the theme of the conference was relevant in view of the incessant collapse of buildings and its attendant loss of lives.

Isename, also a builder, stated that housing contributed between 7.5 per cent to the national Gross Domestic Product (GDP) in 2021.

He explained that the real estate sector constituted a lion share of the contribution of the non-oil sector to the economy.

“Our institute has brought together competent practitioners and professionals to discuss the theme and proffer a way forward. We brought the centre of activities so that we don’t just talk but walk the talk,” he said.

Share this on WhatsApp
Related Topics:building collapsedevelopersfraudulentLagos Govt
Up Next