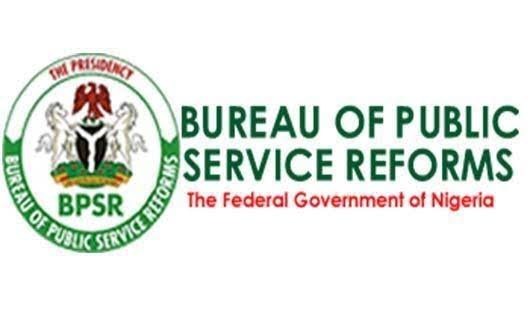 Mr Dasuki Arabi, the Director-General of the bureau said this when he featured at the News Agency of Nigeria (NAN) Forum, on Sunday in Abuja.

Arabi said that the collaboration with stakeholders was necessary to ensure nationwide reform of the public service.

“The President gave a directive that we must engage with the states to get all reforms at the federal level adopted and implemented by the states.

“These reforms include engagement with the citizens which is the component of the Open Government Partnership (OGP) that Nigeria is committed to.”

He said that the bureau had developed a framework of engagement of civil dociety groups which had been adopted at the national level.

“Also arrangements are on for us to go to all the states to get them to understand the framework and key into the activity.

“We serve as advocate of OGP and Freedom of Information with a lot of seminars, workshops and sensitisation engagements, even publications for Nigerians and citizens to understand the rights and powers that they have.

“We are always encouraging the civil society groups to work with us,” he said.

Arabi said that the bureau was leading a programme called “score card’’ for ranking of websites of Ministries, Departments and Agencies (MDAs) of government.

He explained that the ranking was to have functional websites in all ministries, departments and agencies that would provide all the information that the citizens need.

“So that they don’t have to write us; you get to the website of an agency you see its budget, expenditure and others.

“You don’t have to travel from Sokoto to Abuja for instance, to find out what they are doing.

“And that work is being supported by a lot of civil society groups,” he added.

Arabi said that the bureau had created a platform for civil society groups covering different sectors of government activities.

“We are linking them up to ministries, departments and agencies of government to work with them and to guide them on what we need to do.”

He said that although there was no actual figure of the number of states that have keyed into the initiative, a good number of them had joined.

“And the OGP secretariat that is being chaired by the Minister of State, Finance, Budget and National Planning is doing quite a lot about that and we support them by ensuring that it happens.

“We support them by encouraging states to do that.”

In the area of collaboration, Arabi noted that “no agency of government is working on its own, all the agencies are working together.

“For instance, NIMC is generating data on who is a Nigerian and who is where in Nigeria.

“NBS is generating data on the entire socio-economic system – inflation rate, percentage of cash in the market, percentage of poverty levels among others.

“If we are doing any impact assessment, we work with NBS.

“Also, World Bank, Central Bank and other agencies of government that are working on surveys, impact assessments will work with NBS.

“Again no survey will become a national survey or become authentic without the input of NBS,” he said.

The director-general, therefore, said that the aspiration of the bureau was for Nigeria’s public service to be among the first 20 in the world by the year 2025.

Share this on WhatsApp
Related Topics:BureauCSOspublic service reformsstates
Up Next