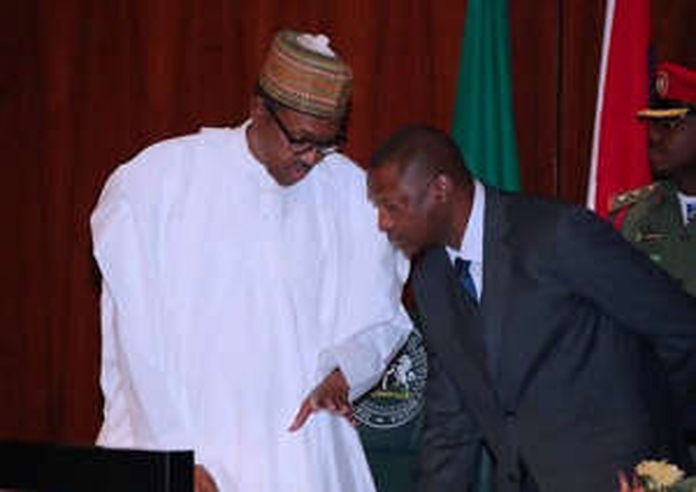 Since President Muhammadu Buhari has made it clear he reviews his cabinet performance periodically so he can weed out the tares, the next review is going to affect 15 of his ministers, aides, and advisers.

Justice Minister Abubakar Malami is in the list, according to a report by Sahara Reporters

“President Buhari is planning to sack 15 Ministers with Malami topping the list. Someone gave him the hint and he has started fighting back so bad. He doesn’t want to be sacked,” the news platform quoted a source as saying.

“Moreover, he is enjoying the support of lots of corrupt politicians, including senior members of the cabal because he is assisting them to sabotage corruption cases.”

To make it clear, the review and axing is coming before the year runs out.

The President in a statement after their sacking said changes in his cabinet will be “a continuous process”.

“Two years and some months into the second term, the tradition of subjecting our projects and programmes’ implementation to independent and critical self-review has taken firm roots through sector reporting during Cabinet meetings and at retreats,” the statement signed by Femi Adesina, presidential spokesman had read.

“These significant review steps have helped to identify and strengthen weak areas, close gaps, build cohesion and synergy in governance, manage the economy and improve the delivery of public good to Nigerians.”

Malami, for one, has had series of corruption allegation and complaint of incompetence levelled against him.

And Buhari’s posture has nearly convinced many the justice minister is a sacred cow.