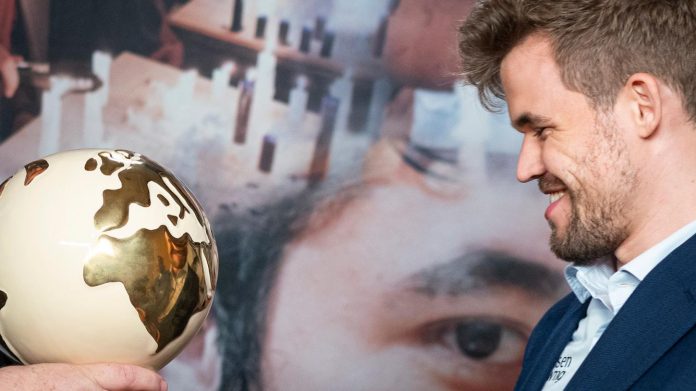 Share this on WhatsApp
Magnus Carlsen defeated Maxime Vachier-Lagrave on Sunday to reach 8/11 and win the Croatia Grand Chess Tour. Even his direct rivals were full of praise, National Daily learnt.
The world champion won his eighth straight tournament and earned $90,000 as well as 20 GCT points. He scored a 2943 performance and returned to his highest rating of 2882.
Carlsen finished a point ahead of Wesley So, whose 7/11 was good for a 2881 performance rating, $60,000 and 15 GCT points. The American GM said about Carlsen:
“It feels like second place is already a victory whenever he’s playing right now because it’s like Bobby Fischer back in the ’70s or ’60s when he was playing the U.S. Championship and others are just playing for second place.”
ALSO READ:Why Grange Football Academy will be a model for others – David Doherty
Anish Giri had his own, witty way of describing Carlsen’s current invincibility, saying the others have to wait out the storm. “All storms come to an end. I am sure eventually he will be very old, very tired!”
Fabiano Caruana: “He is winning games with remarkable ease. Normally these things don’t happen; like today, he ends the game with an hour on the clock…. I think that things are all falling together for him in every stage of the game.”
Share this on WhatsApp